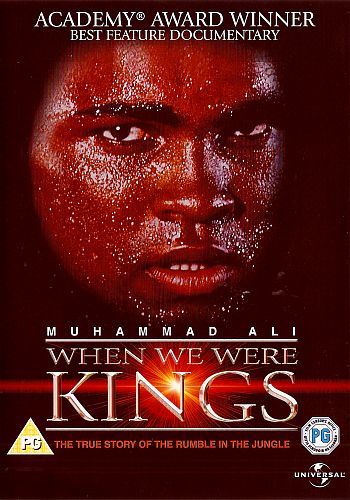 Kush Films the UK’s No 1 exhibitor of urban films continues the current season of films with two great film nights at the Film Boutique and the Regent Street Cinema, London.

We invite film fans to join us on Thursday 14th July (7.30pm / films: 8.30pm) for a special tribute to ‘The Greatest’ Muhammad Ali with a screening of the ® Oscar winning documentary ‘When We Were Kings’ featuring ‘Rumble in The Jungle’ the Ali vs Foreman fight which is regarded as one of the greatest boxing upsets in history. This fantastic documentary also features the historic ‘Soul-Power’ music concert which was part of the build-up around the fight featuring iconic musicians such as ‘The Godfather’ James Brown, BB King, Bill Withers, Miriam Makeba and others.

On the night, as a bonus patrons will not only get to relive this historic occasion they will also be additionally entertained by the young actors of the North London based BAP theatre group with two short dramatic ‘Ali’ tribute performances.

There will also be a spoken-word tribute from the soul-stirring poet Nat Nye, this is a one-off event so don’t miss this fantastic tribute to the greatest iconic sportsman that ever lived Muhammad Ali.