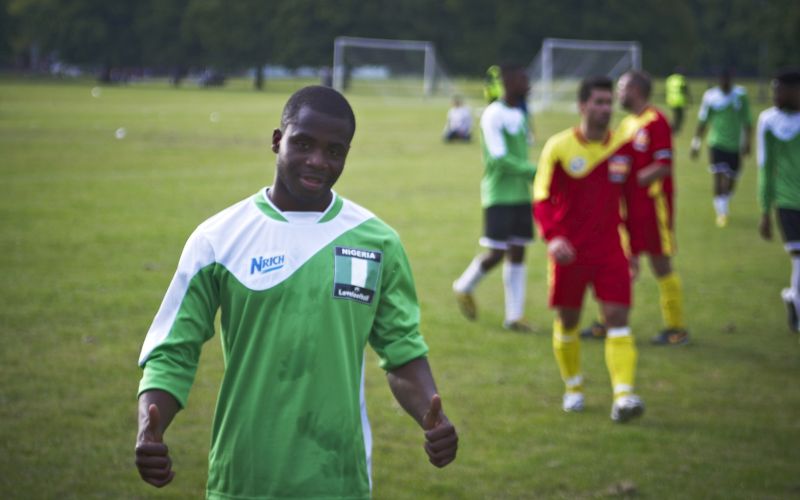 The Inner City World Cup 2015 will be taking place over three days from the 23rd – 25th May 2015, at Hackney Marshes London. Local and community teams from across the UK, representing more than 20 nations including England, Iran, Nigeria, Sierra Leone, Brazil, Romania, Spain and Portugal, will battle it out for the champion’s title. The tournament will form part of the Love Football Festival and will feature a wide range of footballing activities for all abilities and age-groups. Celebrating its 20th anniversary this year, the event has been lauded for bringing people of all ethnicities, communities, and age groups together to celebrate and enjoy sport. And this year the event is set to be bigger than ever, with added music, entertainment and foods from around the world for visitors and participants to enjoy.

Soccer Six is one of the world’s largest celebrity football events and is also marking its 20th anniversary this year. Celebrities from across the entertainment spectrum including music, sport and TV are being confirmed daily, to make this year’s event bigger than ever. Since its inception, Soccer Six has enlisted legendary stars including Blur, Oasis, Kasabian, McFly, The Wanted, Rod Stewart and Olly Murs to battle it out on the pitch. This year’s event is returning to Charlton Athletic Football Club on Sunday the 31st of May.

NRICH marketing manager Jag Singh said about the partnerships:
“We’re very proud to be supporting the Inner City World Cup and Celebrity Soccer Six tournaments this year. The events offer so many people an opportunity to get out and about this summer, whether they’re a sport and fitness enthusiast, or just an avid spectator. NRICH is the perfect partner, offering great nutritional benefits including being a source of protein, containing multiple vitamins and minerals and being low in fat. It’s perfect as a pick-me-up between meals, or as a post work-out hydrator. We can’t wait for kick off!”

Mark Abery, founder of the Inner City World Cup and Soccer Six said: “We are delighted to welcome back such a premier brand as NRICH and look forward to building on last year’s successes with them “

Tickets to Soccer Six are on sale and available at www.cup.uk.com.