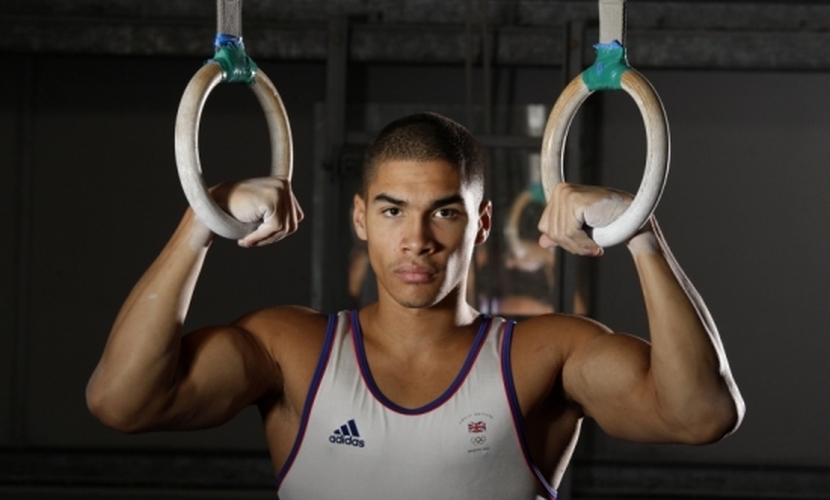 Louis Smith had his first taste of the Olympic atmosphere when he beat the best of the world’s elite competitors in his age group to take the pommel horse gold medal for Team GB at the 2007 Australian Youth Olympic Festival in Sydney.

Since his return from Beijing Louis has been in high demand for corporate appearances, from the media and through sponsorships.

In and amongst all of his commitments outside of the gym, he continued to train hard and impress in competition. At the 2009 European Championships in Milan, a flawless routine saw Louis bring home the Silver medal, missing out on first place by only a tenth of a point.

The end of 2009 saw Louis compete in front of his home crowd at the World Championships at the O2 arena, which will be the Olympic venue for the London Games. Despite easing his way through qualification, Louis came off the pommel horse. Philosophical as ever, he took that experience and built from it, determined to use it to his advantage in future competition. Despite a broken thumb in the lead up to the European Team Championships just 6 months later, Louis defeated the odds and claimed silver medal success in both the team and individual competitions. Carrying on this fine form he added a World Championship silver medal to his ongoing list of achievements, capping an historic week for Team GB at the event with a 2nd place finish on the pommel horse in Rotterdam in October.

Louis kicked off his 2011 campaign in great form picking up a gold medal at the first event of the Artistic Gymnastics World Cup Series, held in Paris. The competition saw him repeat his great form demonstrated in 2010, to fend off 12 world class pommel horse competitors in front of an astounding 12,000 spectators, with a final points score of 15.700.

Despite a stray camera interrupting his performance at the European Championships in April 2011 and seeing him fall outside of the medal places, he bounced back with style at the Korea World Cup event in July. Here he stormed to a silver medal finish, taking the scalp of arch rival Kristian Berki, the current World and European Champion, who he beat into third place.

Louis’ medal success for 2011 didn’t end there as the team travelled to the World Championships in Tokyo in October. It was here, having breezed through qualification in 2nd place, that he took on the most difficult pommel routine in the world, made so technically difficult especially due to the inclusion of the ‘triple Russian’ element. Only a slight slip on the dismount stood between Louis and a gold medal on the day, but his high difficulty score still ensured he left Tokyo with a bronze medal.

Despite his success in Tokyo, the team unfortunately didn’t fair as well which meant they missed the chance to qualify a full team for the London Olympics, instead having to try again at the Olympic Test Event at the North Greenwich Arena in January. There were no repeats of the mishaps of Tokyo as the team stormed to a first place finish and in turn qualifying the full quota of 5 menâ€™s places at the Games this summer. Louisâ€™ pommel routine on the day of qualification saw him reach the apparatus finals two days later where he showed his class to take the top spot on the podium at the venue which will host the Olympics in just a few months time.

Louis’ profile in the media continues to grow substantially with him often being referred to as the poster boy of the London Olympics. His physique, good looks and outgoing personality have seen him appear in a number of mainstream publications, TV and radio programmes and advertising campaigns. As British Gymnastics’ leading hope of a medal at London 2012 Louis continues to train 6 days a week at his home club in Huntingdon, perfecting his routines ahead of the Games later this year.

Louis lives in Eye, Peterborough and trains at the Olympic Gym in Huntingdon. He is sponsored by Adidas, Lucozade, British Airways, Visa, BMW, UPS, Sky and Next.