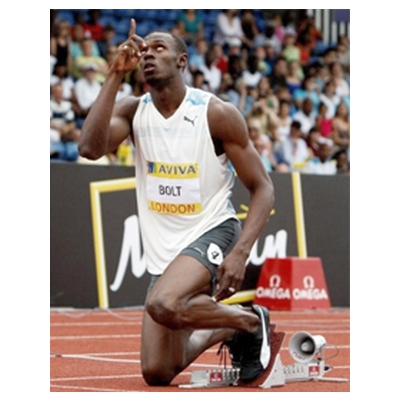 Triple Olympic gold medalist Usain Bolt will run in the 4x100m relay as well as the individual 100m at the Aviva London Grand Prix.

“The Aviva London Grand Prix is an important part of my preparation for the IAAF World Championships in Berlin. To be racing at Crystal Palace in two different events over the two days will be the ideal tune up for me ahead of Berlin.

My performance at last weekend’s Jamaican National Championships, where I won the sprint double and ran a world leading time in the 100m, was very pleasing so I hope I can take that form into both events in London.

Coach Mills has assembled a strong ‘Racers Track Club’ Jamaican team for the 4x100m relay in the Aviva London Grand Prix. We already hold the fastest time in the world this year and hope to go faster in Crystal Palace.”

Traditionally the relay event at the Aviva London Grand Prix has been contested as serious dress rehearsal for many of the world’s leading teams ahead of upcoming major championships.

Last year the USA team ran the fastest ever 100m relay on British shores in a time of 37.80 seconds.