Home > UK > STEM in the Community 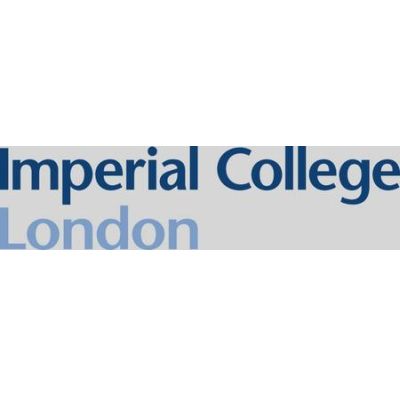 STEM in the Community (at home and abroad)

This exciting event (organised by Physics Outreach, CADSTI and BFUWI) aims to encourage more young students –
especially those of African and Caribbean heritage – to pursue further study in STEM (Science, Technology, Engineering, and Maths). Not only will attendees be exposed to some leading areas of research, they will also be left with a ‘yes you can attitude’ when it comes to STEM thinking.

* Attendance is free of charge but please register here*

Prof. The Hon. Cardinal Warde is President of CADSTI Intl, Interim Executive Director of the Caribbean Science Foundation, and a professor of Electrical Engineering at the Massachusetts Institute of Technology (MIT). His research focuses on the development of optoelectronic neural coprocessors for brain-like computing, multispectral -polarimetric imaging sensors, infrared projection displaysand holographic displays.

He is an inventor on twelve patents, and has published three book chapters in addition to over one – hundred – fifty technical papers on optical materials, devices and systems. Since 1997, Professor Warde has served as the Faculty Director of the MITES program at MIT (a six week intensive program in science and engineering for gifted underrepresented minority high-school seniors). Professor Warde is a fellow of the Optical Society of America, and a former Associate Editor of the Journal of Display Technology. He is the recipient of honorary doctorate degrees in science from Universidad Carlos III de Madrid and the University of the West Indies. He has served on the US National Science Foundation Small Business Advisory Committee, on the Board of Trustees of Stevens Institute of Technology, and on the boards of several small high-technology companies. Dr. Warde founded Optron Systems, Inc. in 1982, and in 1999 co-founded Radiant Images, Inc. which was subsequently acquired by Hoya Corp. of Japan.

Dr Mark Richards has a BSc in Chemistry (Manchester) and a PhD in Physics from Imperial College London. His research centered on the spectroscopic study of nitric acid vapour for atmospheric remote sensing retrievals. After working in finance for a while, Richards returned to Imperial in 2002 as a Post Doctoral Researcher within the High Energy Physics Group to manage a Technology Transfer program. He has since co-founded Duvas Technologies, an Imperial spin-out company specialising in wireless air sensing networks for real – time pollution mapping. He is currently a member of the Physics Teaching Staff and also the Departments Head of Outreach.

Dr. Richards actively works to encourage minority students from underrepresented groups to inspire them to consider careers in STEM through exposure to the achievements of other minority leaders in these fields. To this end, Richards is a member of the Imperial Colleges Equality and Diversity Committee and also sits on the Board of Trustees for the British Foundation for University of the West Indies (BFUWI); he is also a member of the Jamaican Education task Force (JET- UK).

Through outreach, he has fostered strong links with external institutions such as NASA/JPL, the US Embassy, and community based charities such as Generating Genius, and the Baroness Amos Bursary. Mark has also contributed to several media related projects for organisations such as the Institute of Physics, Royal Society, British Council, British Library, plus several local councils across London. Mark is also a DJ and producer, known as DJ Kemist, and in 2004 he founded a remix company called Xtremix Records.

About BFUWI
The British Foundation for the University of the West Indies (BFUWI) is a UK–based charity that aims to encourage students to consider UWI as a viable option for their education path. BFUWI seeks to support scholarships to UWI and actively seeks ways in which UWI can engage more effectively with global institutions across, education, research, business, and Industry.

About CADSTI.
The Caribbean Diaspora for Science, Technology & Innovation (CADSTI) is an international body of professionals who have an interest in the development of the Caribbean region. CADSTI recognizes that there is a vast talent pool within the larger Diaspora whose skills go untapped by the Caribbean community.