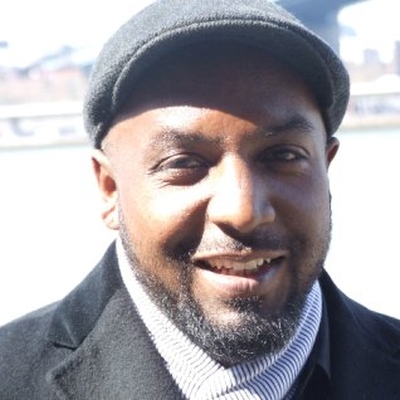 Suckle, a collection of poems, vivid and poignant homage to the author’s formative years, memories and experiences, out this summer.

A new collection of poems published this summer by Waterways Books, Suckle is a vivid and poignant homage to the author’s formative years, memories and experiences.

Roger Robinson’s autobiographical work moves evocatively through a wide range of moods and moments with deft lyricism and humour. Failed attempts at Hip Hop dance moves as a youth bring humour whereas the relationships between fathers and sons a solemn touch. With atmospheric glances at Caribbean spiritualism and the plight of Caribbean women seen from the author’s unique viewpoint, words work with rhythm, sass, and self-deprecating wit remaining accessible throughout, a trait that has earned Robinson an international following and multiple accolades.

A striking feature of the narrative is gender ambiguity. The voice throughout can appear remarkably feminine – unusual for Caribbean male writing. Robinson called the book Suckle because “It felt maternal, almost feminine in a way” This collection serves as a personal and vibrant education in the cultural appreciation of an island’s history, in Robinson’s case the island of Trinidad. Poems are gregarious and socially conscious as they dissect, intersect, embrace, and reject traditional Caribbean and postcolonial literature. The narrative, rooted in the poetics of Robert Hayden, Kwame Dawes and Li Young Lee, elevates the story; weaving and reworking beginnings with ends, Robinson’s ongoing wish is for his poems to entertain and enlighten his reader, in all senses of those, and his own words.

Some pieces evoke a master storyteller around a beach fire or some similar ethereal location. A typical observation appears in the poem Sole: ‘Using an old dishrag to wipe away the dust,/he’d open the first kiwi polish with a twist/and it’s earthy wet smell would fill the room./He’d say that a man’s shoes would tell his story’
Writer and performer Roger Robinson was born in Trinidad arriving in the UK in the late 80s. He has preformed his work internationally and is an experienced workshop leader and lecturer on poetry and theatre. He was chosen by Decibel as one of 50 writers who have influenced black-British writing over the past 50 years and has received commissions from Theatre Royal Stratford East, The National Trust, London Open House and the National Portrait Gallery. Robinson has toured extensively with the British Council traveling to Vietnam, Philippines, Argentina, Bulgaria, Greece, India, the Czech Republic and Mozambique. In 2007 he received a Grants For The Arts Award from Arts Council England.

Published work includes a book of short fiction: Adventures in 3D (2001) and a poetry collection, Suitcase (2004). Roger Robinson is currently an associate artist of Stratford Theatre Royal East and writer in residence for the Northampton Cultural and Literary Festival. He is also the writing coach for Spoke Lab, a poetry theatre initiative. Roger is one half of the critically acclaimed music duo King Midas Sound alongside Kevin Martin, the album Super Heavy is soon out on Hyperdub Records.

Roger Robinson is the brand new winner of The People’s Book Prize with Suckle which was published by Waterways Books (summer 2009). Suckle is Roger’s current autobiographical poetry collection and a moving series of colourful poems drawing on Robinson’s significant memories, his upbringing in Trinidad and more. The People’s Book Prize is a national competition aimed at discovering talented authors. It’s patrons are Dame Beryl Bainbridge and Paul Blezard. The People’ Book Prize gives talented authors more of a chance of being read – and of capturing people’s imagination.

Local newspapers and radio stations will link up with their local libraries in launching weekly discussion forums – to give each winning title publicity, and to encourage members of the public to get reading.