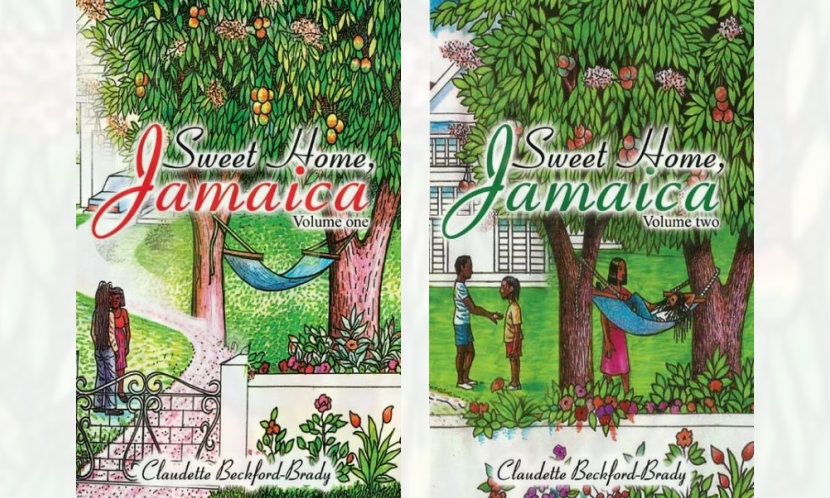 A virtually unknown Jamaican writer who lives in Old Harbour, Jamaica has penned a powerful novel that is quickly creating a buzz in book circles. The book, Sweet Home, Jamaica has already been picked up by Vanguard Press, Cambridge, UK, and it is being hailed as one of the most powerful and poignant first novels to have come from the Jamaican Diaspora in many years.
Click here to read review

Michelle Freeman: Strong willed and opinionated; feisty; determined and independent. Takes lip from no one. Knows what she wants, and goes after it.

Michelle Freeman was born in Jamaica but grew up in England. After discovering that her father’s wife, Mavis, is not her biological mother, she tries to locate her real mother, and in doing so discovers the island of her birth, and a large extended maternal family.

Set in Brixton in the 1970s & 80s it tells of Michelle’s life and ambitions. We learn of her friends and family, her background and birthright. Follow her through her teenage years as she progresses through school and life in South London and Jamaica. You will laugh and cry with her as you learn of her history and triumphs. This strong young woman copes with adversity and makes the most of her life with help from her family and friends. We travel to Jamaica to meet her extended family, and watch as she grows into a talented and popular young woman. A story to warm the heart and give hope to ambitions.

Richard Armstrong: Tall; good looking; dreadlocked. Entirely too sure of himself in Michelle’s opinion, but captures her heart anyway.

The story moves into the 1980s and Michelle Freeman has become a young woman with ambitions to become a famous writer and to live in Jamaica, her homeland. We follow the story of Michelle’s progress and the path she takes to the fulfilment of her dreams. Join her in her travels to hot sunny climes as she meets and integrates with her birth family as a local resident rather than as a visitor to the island. Her extraordinary family causes tears and laughter, but through it all Michelle learns to build a life for herself in the land of her birth and become accepted into the community. It is not an easy ride, but it is a worthwhile one. A bittersweet story of the intricacies of human relations over time and distance.

About Claudette Beckford-Brady
Claudette Beckford-Brady was born in Old Harbour, Jamaica, in the West Indies. In 1964 at the age of seven, she joined her parents in Gloucester, England, where she attended Junior and Secondary school. On leaving school in 1973 she worked as a Sales Ledger clerk and a Telephonist/Receptionist, before moving to London in 1976, where she joined the civil service. In 1981 she moved to Lambeth Borough Council where she progressed to the level of Personnel and Training Officer. She lived in Brixton from 1977 to 1990, when she left the UK to return to Jamaica, where she now resides.

Claudette has won several awards for her short stories, and several have been published in the local press; Sweet Home Jamaica is her first full length book.