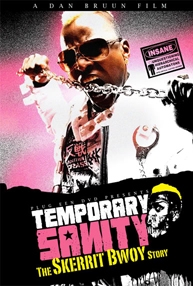 The film explores the cultures, gendered performances and political expressions that form part of Jamaican Dance Hall in New York.

By following ‘Skerrit Boy’ a Bronx based performer and promoter of Dance Hall music, the film gives an insider’s view into the dancing, history and social roles of Dance Hall clubs in the lives of the Jamaican and Caribbean Diaspora in the United States.

The film has won international recognition amongst dance enthusiasts and film makers.

2011 Update: Skerrit Bwoy aka Dale Richardson, the daggering icon of the world, has given up daggering in the name of God. He says he will no longer practice the rhythmic dry hump that took him, and the dance move, out of Bronx dancehall parties and into the international spotlight. more from Vice magazine