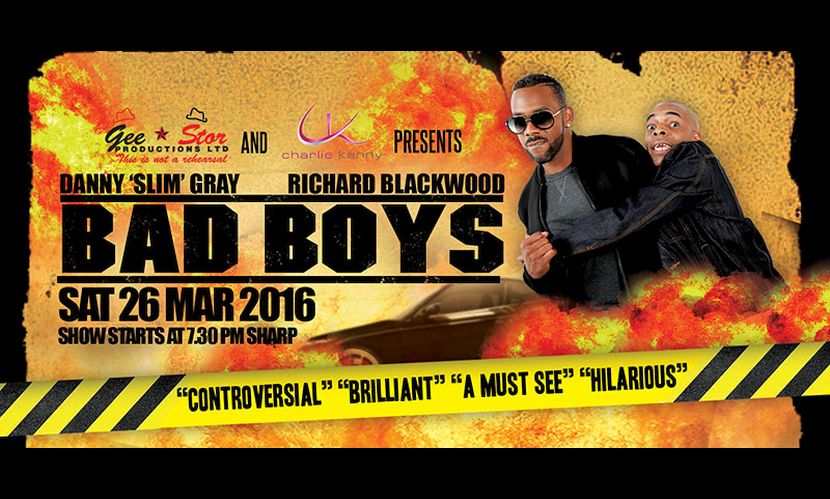 This night promises to have your belly aching with laughter with two of the UK’s most charismatic and popular performers.

Richard Blackwood Comedian, actor and presenter. He has hosted MTV,had his own show on Channel 4 ‘The Richard Blackwood Show’ and presented one of Choice FM’s most popular shows for many years. Richard is currently starring in EastEnders. Known for his hard-hitting improv coupled with a satirical approach to comedy he never fails to leave his audience in stitches.

Multi award winning comic Danny ‘Slim’ Gray is known as the people’s champion,he has the ability to capture different aspects of everyday life and twist it into his own brand of comedy.