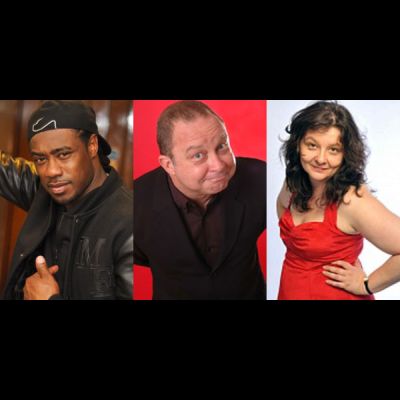 Have a Laugh at The Drum’s Upfront Comedy Winter Warmer

The Drum’s got just the thing to shake off those winter blues and warm you up with some laughter, as Upfront Comedy brings you another line up of some of the UK’s best stand up comics on Fri 7 Nov at 7pm, with tickets only £11.50 in advance.

Take advantage of our Season Ticket Special Offer, and get tickets for this and Upfront Comedy Christmas Special staring Jefferson and Whitfield, Susan Murray and Thanyia Moore for only £24.

Kat Boyce
Kat Boyce has been hosting shows and performing for most of his life, ranging from acting and dance to his current career as a stand-up comic. He describes himself as a ‘natural performer’, and enjoys playing with his audience to up the stakes and dominate the stage. He’s done shows across the country, appearing on MTV Base and performing as part of Real Deal Comedy, including a sell-out crowd of 1600 fans at Birmingham’s Alexander Theatre, and always looks forward to performing for Birmingham audiences.

Tony Hendricks
Describing himself as ‘The White Jamaican’, Tony Hendricks is a firm favourite at Upfront Comedy and has performed in several theatre productions at The Drum including Smile Orange and Samson and De Liar. After dabbling in everything from hairdressing to hospitality, Tony decided to use his talents for a career in entertainment, acting on stage, film and television, appearing on radio and performing stand-up comedy. Currently based in South London, he regularly tours the country with his unique blend of cross-cultural comedy.

Maureen Younger
Maureen is a stand-up comic, compere, actor, ad hoc radio talking head, writer and blogger who’s lived and performed all over the world, including performing her stand-up in German, French and Spanish, just for the challenge! Regularly appearing on TV and radio, she’s described as ‘frank, fast, feisty, sharp – and more than a little dangerous’, with a reputation for brutally honest humour with serious attitude.