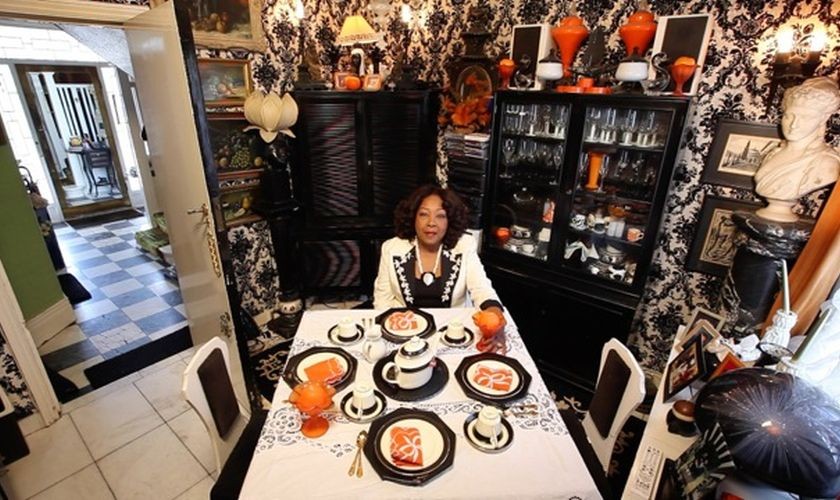 Yvonne: New Short Documentary about a unique couple who found themselves on the wall of Tate Britain

“We were fairly formal, but to be quite honest we didn’t really care what people thought”
Yvonne Couture

As a mixed-race couple in the 60s, Yvonne and her husband David always stood out. But rather than shying away from the attention, they never compromised how they looked. They were fashion designers, creating outfits for filmstars, aristocracy and royalty and they always wore the finest clothes. Their heyday was brought vividly back to life when, in 2012 a lost photograph of Yvonne and David even graced the wall of Tate Britain as part of the gallery’s “Another London” photography exhibition.

Yvonne has lived her life surrounded by classic design. When she invites us into her family home in Merton, it is like being transported to a stately home. Now that David has passed away and her children have moved out and Yvonne is about to sell her unique home. This documentary, directed by Rachel Wang, captures a fascinating character and a unique piece of London design history that may soon be lost forever. It goes live on Thursday, 1 May on www.1000londoners.com as part of the most in-depth and expansive documentary series ever produced about the city, 1000 Londoners.

At 1000londoners.com, each week, viewers will be able to watch a three-minute film about a new Londoner. The range of stories will be as diverse as the city itself. Other documentaries that can be viewed include Londoners such as Griff, a former soldier who now sells replica guns, Marawa, the UK’s best hula-hooper, and George, a footballer who realizes he will never be premier league.

1000 Londoners is produced by South London based, film production company and social enterprise, Chocolate Films. The filmmakers from Chocolate Films will be both producing the films and providing opportunities to young people and community groups to make their own short documentaries, which will contribute to the 1000 films. Chocolate Films created this film to give a unique insight into Yvonne’s home life. Creative Director, Rachel Wang explains, ‘often we pass by homes and can never imagine who is inside and what their story is, Yvonne has allowed us into her home to discover something unexpected.

‘Yvonne’ is one of 1000 documentaries Chocolate Films isproducing over 5 years to made up a portrait of the city through 1000 people. 1000 Londoners will be the largest video portrait of a city ever undertaken.

From the 1st May, the new documentary ‘Yvonne’ can be viewed on the home page http://1000londoners.com