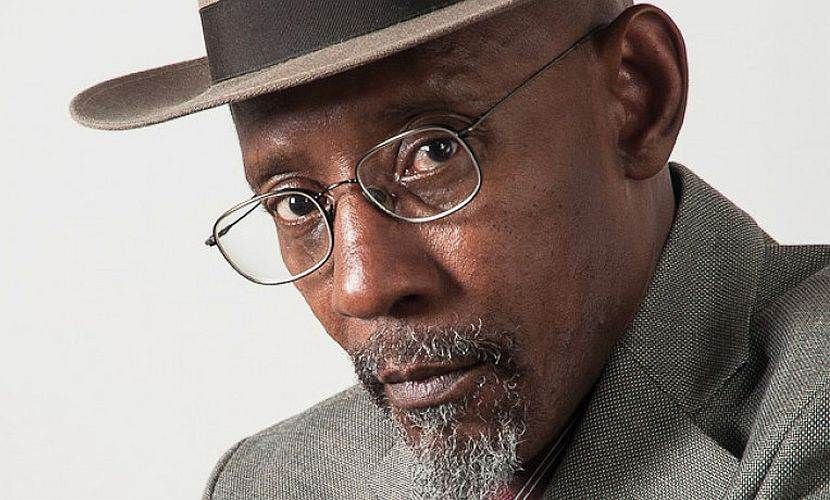 Stand Up and Spit, a series of gigs, exhibitions and talks, comes to Manchester with a special screening, in Theatre 1 at HOME, of the BBC Arena film Upon Westminster Bridge. Legendary reggae poet Linton Kwesi Johnson will be live on stage to introduce the film, about the late Jamaican poet Michael Smith, and will also give a reading of his own poetry.

Made in 1982, Arena director Anthony Wall’s film focuses on Smith’s first visit to the UK. Smith performs his own work in iconic London locations including Brixton Market and on Westminster Bridge, as well as exploring what makes a poet ‘revolutionary’ with renowned Marxist historian CLR James and Linton Kwesi Johnson himself .

Smith’s verse, which captures the everyday struggles of ordinary people in Jamaica and beyond, resonates with the poetry of politics and injustice performed by working class Ranting poets in the UK at the time. Ranters responded to reflect the wider state of Britain, particularly friction with Thatcherism, high unemployment and social unrest – themes which still resonate today. Allied to the punk and reggae scenes, it was the precursor to today’s vibrant performance poetry and spoken word scene.

Stand Up and Spit is produced by Speaking Volumes and Tim Wells, and is generously supported by Arts Council England. Find out more at standupandspit.wordpress.com

Tickets for Stand Up and Spit are on sale now