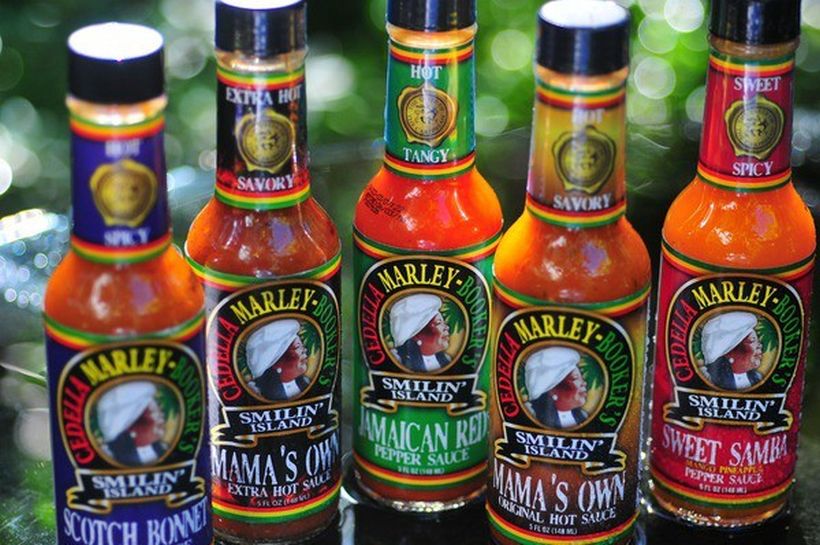 In celebration of Bob Marley’s 70th Birthday, the 9Nine Mile Music Festival is proud to announce Cedella Marley Booker “Smilin’ Island” as this years title sponsor. Smilin’ Island is an array of seasonings, pepper sauces, and condiments combined with original flavors from Cedella Marley-Booker’s kitchen, the mother of the music legend, Bob Marley. Smilin’ Islands is launching their secret flavors at this year’s 9Mile Music Festival in Miami, Florida on February 14, 2015. Recipes created in her kitchen, for her family, are now available for the world.

During the music festival “Smilin’ Island” will have a premier booth for patrons to taste flavorful samples prepared with signature seasonings and sauces like the “Reggae Ketchup,” the “Ethiopian Spice Seasoning,” the “East Indian Spice Seasoning” and much more. There will also be tons of prizes and giveaways for a chance to experience Cedella Marley-Booker savory sauces at home.

Along with exquisite spices for the palate, the ears and eyes won’t be left out. An amazing line-up has been put together of some of today’s top Reggae performers. Gracing the stage at this years 9Mile Music Festival are Stephen Marley, Damian Marley, Julian Marley, Jo Mersa Marley, Capelton, SOJA, Jesse Royal, Tanya Stephens, The Green, Iqulah Rastafari, Future Prezidents, and Nature. This reggae music festival is more than just your average “concert”; it has a commitment to doing good and spreading love through music and culture.