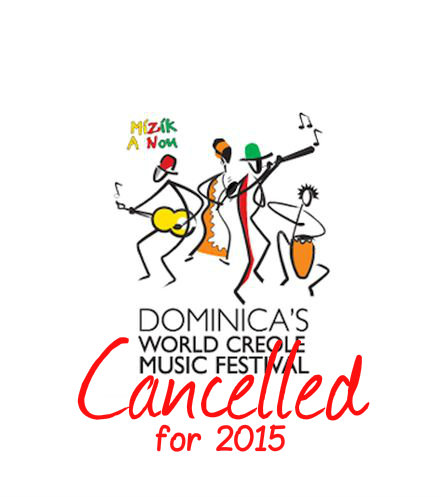 Citing the devastating effects of Tropical Storm Erika and the need to re-build, the Government of Dominica has cancelled its annual World Creole Music Festival. However, the island’s private sector was quick to act and announce that they will lead efforts to stage a series of relief concerts in its place. The concerts are planned for the same dates, from Oct. 30 – Nov. 1, 2015, and will support Dominica’s reconstruction efforts, by attempting to enable some economic activity after parts of the country were adversely affected by Tropical Storm Erika.

“The government of Dominica must reprioritize following Tropical Storm Erika,” said the Honorable Robert Tonge, Minister for Tourism and Urban Renewal. “We must focus on rebuilding communities and infrastructure, and providing housing for those who were displaced. We are grateful to the private sector for stepping in to ensure that Dominica’s strong music heritage will continue and bring additional relief efforts to the Nature Island.”

According to preliminary estimates, recovery costs for Dominica have already topped at XCD$600 million (USD $220 million).

The annual World Creole Music Festival is part of Dominica’s Independence celebrations and typically jumpstarts economic activity that precedes the busy Christmas and Carnival seasons. While the tone this year will be less revelry, the series of relief concerts will aid economic activity in the island and enable a sense of empowerment among the citizens.

“For the past 18 years, World Creole Music Festival has celebrated Dominica’s strong musical roots,” noted Colin Piper, director of tourism. “This year’s event will be different than the festival that we know, but it will provide an opportunity to use music as part of the healing process. It will truly capture the essence of Dominica and the strong will of Dominicans.”

Dominica’s private sector will provide more details on the plans and performers for the relief concerts as they become available.