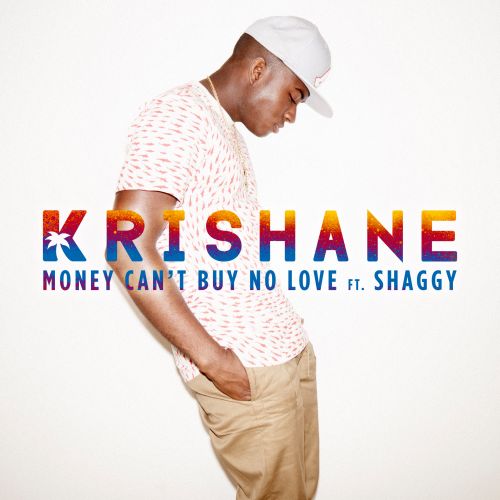 Atlantic Records is pleased to announce the release of ‘Money Can’t Buy No Love,’ the brand new single from upcoming superstar Krishane. The follow up to his debut single ‘Drunk & Incapable’ ft. Melissa Steel is set for release on 28 August via Atlantic Records.

Illustrating exactly what Krishane represents, portraying positivity throughout his music (his bright motto being ‘#SpreadTheColor’), the feel good summer jam is the perfect combination of reggae soaked pop. Additionally, he has enlisted Grammy Award winning artist and one of his main musical influences, Shaggy, to lend his vocals on the track.

“I’ve been listening to Shaggy from a young age. On my 10th birthday my aunty bought me ‘Boombastic’ and I have a vivid memory of eating fruit cake and dancing around listening to it,” he said of the ‘It Wasn’t Me’ hit maker. “Looking up to him not only as a legend in music, but also someone who has done a lot for our country gives me great honour to have him featuring on my record. He brought so much passion to the track and for that I have even more love and respect for him. Shaggy I salute you!”

It was around the release of ‘Drunk & Incapable’ that Krishane was noticed by top American artist manager Scooter Braun (Justin Bieber, Ariana Grande, Carly Rae Jepson) who took to social media to sing his praises about the Jamaican born singer, “Mark my words, it’s a hit. Love this song,” before taking him under his wing.

Krishane hasn’t stopped since and has been busy in the studio perfecting his sound while also finding the time to work with fellow singers including voice-of-the-moment, Jess Glynne with whom he co-wrote the chorus to Tinie Tempah’s latest summer smash ‘Not Letting Go’. More recently, he has just wrapped up supporting Ariana Grande on the UK leg of ‘The Honeymoon Tour’ in June.

Being the son of veteran reggae singer Barrington Levy, Krishane grew up in a world of music in his hometown of Manchester, Jamaica. With that passion he started writing and singing from a young age before uprooting to London a few years ago to pursue a career in music. Watch this space for more news!

You can listen now to ‘Money Can’t Buy No Love’