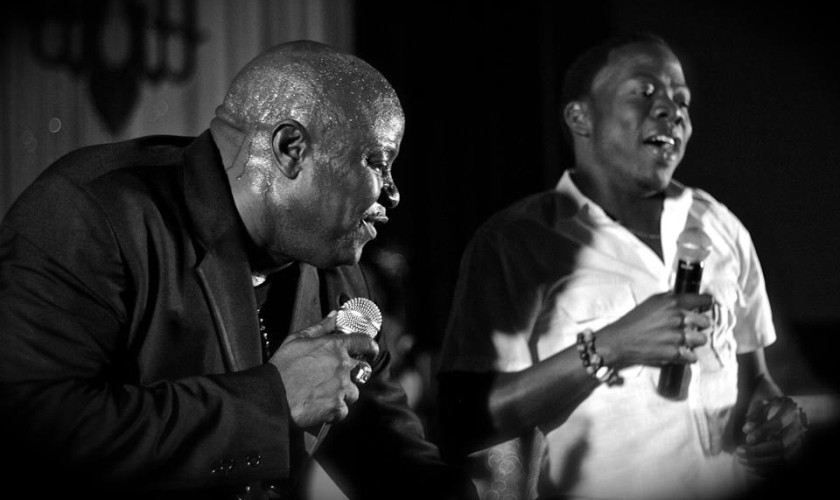 Following the release of a single called ‘Fete Away’ on his birthday in December, Soca artiste Blaxx is warning of some massive collaborations set to be unleashed in the next few days and weeks. The Roy Cape All Stars leading vocalist has admitted to working with a number of big music producers already for the season, among them Juelio Nelson, Kernal Roberts who produced ‘Fete Away’ and Barbados’ Peter Coppin and King Bubba- known for their great work. With eyes set on the big Carnival prizes, Blaxx has also made a decision he says is all about his supporters.

A performance in Barbados some two months ago heard the artiste indicate his decision to exempt himself from the Trinidad and Tobago Soca Monarch competition while chatting with his audience on stage. He says he was jeered for the comment and immediately regretted it, having witnessed first hand, the effect it had on his fans. “I feel like I have no choice but to give the people what they want.

They want me in the competition and because of that, I’ll be in the Soca Monarch competition, God’s willing, in 2014,” said the entertainer. He knows that for some people, him reneging on his previous words, which highlighted that he would not partake in the competition following the 2013 showcase, may seem weak, but according to Blaxx, it’s something he feels he has to do for his fans once again. “Realistically, thousands come out to this event annually. It’s probably the one event in carnival that sees such a huge turnout. The people come to the venue expecting to see and hear the best Soca artistes sing the best songs. I have always been a part of that dynamic and for years, I’ve gotten the support of the people. I know there are people who come out just to see what I will bring each year. I just can’t disappoint my die hard fans,” he said.

Separately, Blaxx says he is extremely excited about the prospects that lie in wait for the Soca music genre- all with Bunji’s recent Soul Train Award win for Best International Performance, followed by the MTV Iggy tie for the coveted Song Of the Year title. “I’ll be next on the list of people to watch,” he said with a little laugh, albeit with a sense of seriousness that almost guarantees that he will be among the top runners of Soca in 2014. No matter where this season takes him however, Blaxx says he is happy to still be among the forces, delivering great music alongside a team he coins ‘the best band around’. He’s been at the forefront of Roy Cape for many years and in 2014, he says the band will present what he calls an entourage. “Things will be a little different with Roy Cape this year. There’ll be a lot of artistes hitting the stage with us at the various venues this carnival. Fya Empress is among them and of course there will be several others- some of whom I’ve done collaborations with,” he explained.

Amid the excitement felt among Trinbagonians and Caribbean people in general, in the past few weeks and months, relative to the music of the diaspora and how it has infectiously touched the world, Blaxx is calling on Caribbean people to support the cultures of each island. “Just like we’ve supported reggae and dancehall music over the years, I would like to believe that Jamaicans, St. Lucians, Barbadians and all other West Indians are supporting the development of Soca music and rooting for the genre to go global. That’s what we need- more unity, because we all know unity is strength and strength is power,” he said.