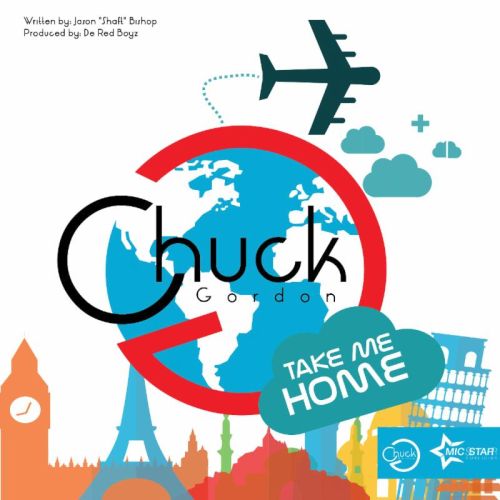 Back to back National Calypso Monarch Chuck Gordon takes the essence of T&T Carnival to Europe with his first C2K16 soca release “Take Me Home”.

Gordon debuted the zouk influenced groove track to rave reviews during his ‘Take Me Home European Tour’ in May/June earlier this year. The reigning Independence Calypso Monarch visited six cities over the course of three weeks during the start of the European summer including: Aalborg and Copenhagen – Denmark, Oslo – Norway, Amsterdam – Netherlands, Paris – France and London – England.

Gordon is now ready to not only bring the acclaimed Red Boyz-produced track to the local market, but to also share his experiences with the release of the Take Me Home music video which was shot on location in Europe.

Directed by Denmark-based Trinidadian filmmaker Nadissa Haynes-Pedersen the production captures the highpoints of the tour including performances at Cophenhagen Karneval, at the storied Operaen Christiania and the Hard Rock Café in Oslo.

“To be embraced so openly and organically everywhere we ventured was an enriching experience. It reemphasized what we already knew, our cultural expressions are priceless, the rest of the world can’t help but react when we share,” he said of the experience.

The Laventille-born singer has also added a new sobriquet to his identity. He now goes by Chuck Gordon, but insists his previous musical incarnations all remain intact.

“Chuck, Chucky, Chuckydan, Roderick Gordon, it’s all a part of who I am and my musical journey. I can be anyone of those at any time. It’s just a reflection of my versatility to be able to adapt to what the situation calls for and to exist on different planes simultaneously,” he said.

Call in to your favourite television and radio stations to request the song, or log on to Chuck Gordon social media pages for exclusive behind the scenes access.