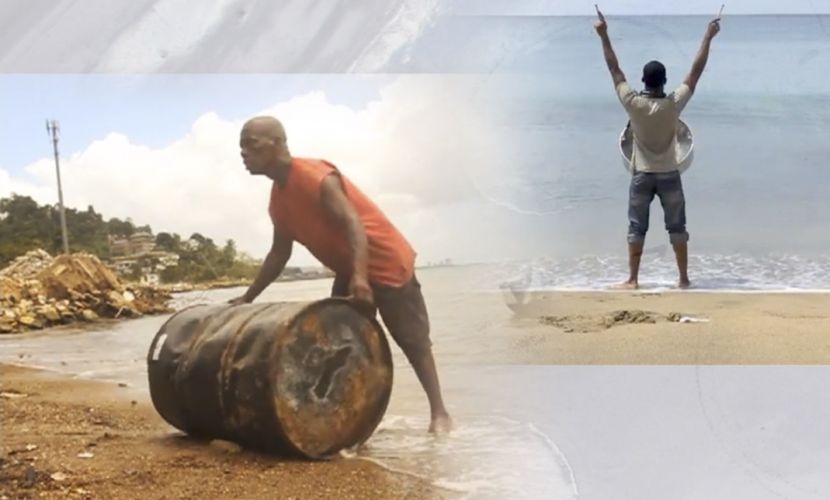 Panomundo PART 1 to have UK premiere at BFI Southbank

After a year of setbacks, filmmakers will show half of the international documentary The UK Premiere of Panomundo Part 1: The Evolution of the Steelpan will take place on Saturday, 8th August 2015 at BFI Southbank in London as part of African Odysseys We Love Carnival screening.

Award winning filmmakers Keith Musaman Morton and Charysse Tia Harper will be part of a panel to discuss various topics regarding the steelpan. “I cannot believe this is really taking place!” exclaims Harper. “It feels like when we get so close [to having the premiere], something happens to make it not possible.” Harper is referring to the World Premiere of Panomundo, the 90 minute full length documentary that was due to take place in October 2014.

Due to technical difficulties, the premiere had to be postponed. The duo used the past 10 months to develop a new strategy for screening the film -­‐ ultimately splitting it in two parts. “There was just so much information in the full film that we felt the only way to present it was to divide it: Panomundo Part 1: The Evolution of the Steelpan and Panomundo Part 2: Pan Worldwide. ” explains Morton.

Part 1 is 40 minutes and will include elements leading up to the invention of the steelpan in Trinidad & Tobago and the international recognition of the instrument.

Part 2: Pan Worldwide.” explains Morton. Part 1 is 40 minutes and will include elements leading up to the invention of the steelpan in Trinidad & Tobago and the international recognition of the instrument. Part 2 will be 50 minutes and will showcase the steelpan culture in the countries where the team has filmed: Canada, Japan, Nigeria, Switzerland, United States, and United Kingdom.

The premiere is expected to take place in early 2016. “It has been a long journey, as we started filming in January 2012,” reminisces Harper. “I just hope those who have supported us continue to do so, as I can promise they’ll definitely be enlightened by Panomundo.” African Odysseys We Love Carnival screening begins at 12PM .
Tickets are £10.

The event is open to the public with a suggested donation of any amount.

Panomundo is a 90 minute story about the history of the steelpan (from its inception in Trinidad & Tobago) and its influence in six different countries: United States, United Kingdom, Canada, Switzerland, Japan and Nigeria. This is a documentary by award winning filmmakers Keith Musaman Morton and Charysse Tia Harper. It is a co-production between Komonopromo and Xplore the World.