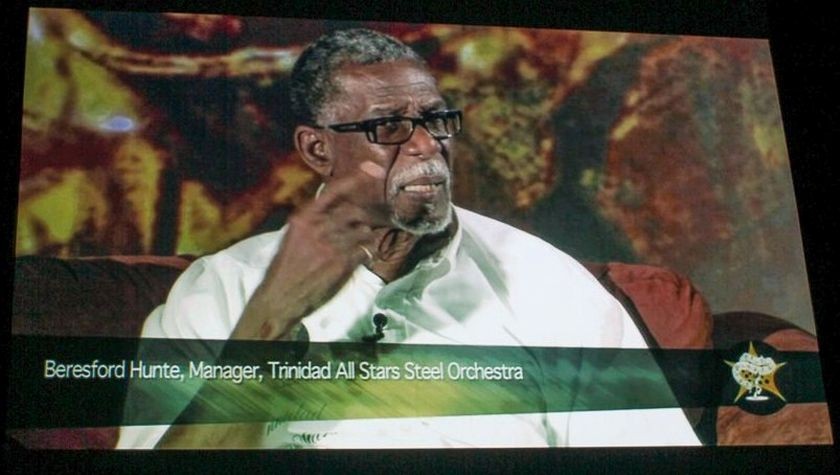 The Massy Foundation unveils “Souls of Steel” – Port of Spain

This past week, the philanthropic arm of the Massy Group, the Massy Foundation delighted steel pan enthusiasts and Carnival culture aficionados with the premiere of the film “Souls of Steel: A Documentary about Massy Trinidad All Stars Steel Orchestra”.

The launch event and screening took place at the iconic Little Carib Theatre in Woodbrook, Port-Of-Spain and attracted a unique mix of past and present Massy Trinidad All Stars players, supporters of the band, T&T cultural stakeholders and members of the local film, entertainment and media fraternity.

On hand at the event was Beresford Hunte, Manager, Trinidad All Stars Steel Orchestra who thanked all attendees for their presence on the momentous occasion and expressed his gratitude to the Massy Foundation for its steadfast support of the band throughout the years. Echoing Hunte’s excitement about the film was Gaston Aguilera, Chairman, Massy Foundation who shared his and the Foundation’s enthusiasm to be associated with ‘Souls of Steel’.

Souls of Steel which was directed by regional film director and producer, Dave Cropper of Cropper Media Limited, was commissioned in 2013 by the Massy Group (then Neal & Massy) in honour of its 25th anniversary as the Corporate Sponsor of the Massy Trinidad All Stars. Cropper artfully wove together a mix of perspectives about Trinidad All Stars, its history, its achievements, its culture and values and its journey in the 2014 Panorama competition, offering a multi-faceted look at the famed steel band.

During the screening the appreciative audience at Little Carib Theatre enjoyed many interesting on-screen anecdotes from players who reminisced on the bands evolution over the last 3 decades, inspiring interviews with past and current members such as Leon ‘Smooth’ Edwards, Arranger, Dane Gulston, long-standing member, Jason ‘Stumps’ Lewis, Operations Manager, Neville Jules, Founder, as well as classic clips of the Massy Trinidad All Stars’ past performances.

The film’s content also includes footage from the band’s Panorama performance in 2014 – a contentious year for the band in which they placed second to Phase II Pan Groove in the Panorama Finals, missing the championship by only one point. This production was timely as 2015 also marks the 80th Anniversary of Massy Trinidad All Stars. The recent launch event not only provided invited guests with a platform for networking over delightful local delicacies and discussing the recent 2015 Panorama Semi-Finals which saw the Massy Trinidad All Stars triumphantly topping all the competition, but it also gave a first look at what can be deemed a true ‘piece of history’ about the 8 time National Panorama champions. The launch and screening at Little Carib Theatre was one of several activities planned by the band to commemorate its 80th Anniversary throughout the year. Unheard Voices: The Rise of Steelband and Calypso