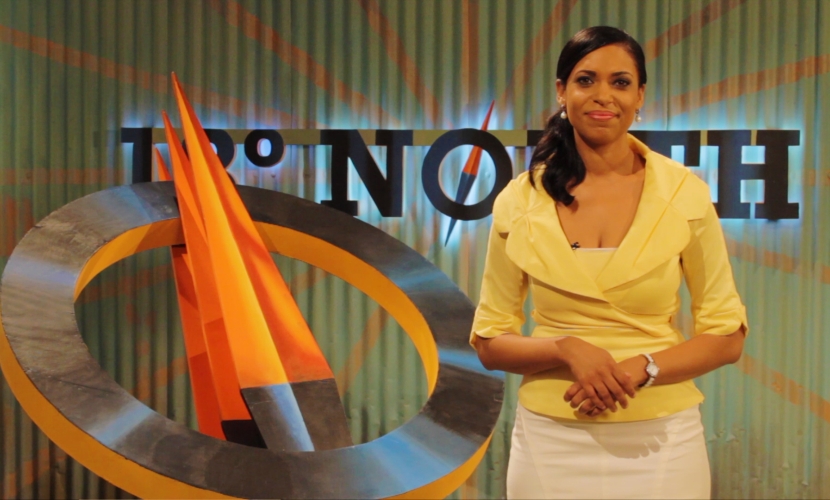 Named for the geographic coordinates of Jamaica, 18 Degrees North will be the first production of Global Reporters for the Caribbean.

The Jamaican born and raised Burton founded the company last year to fill the void for investigative reporting on Caribbean issues. “There are millions of people in the Caribbean and its Diaspora who want credible news from the region,” said Burton. “I am determined to deliver news that digs deeper and remembers to follow up.”

Ahead of the show’s launch in the week of August 18, 2013, 18 Degrees North sought out skilful and knowledgeable reporters and videographers from all across the Caribbean, the United States and the United Kingdom to deliver Caribbean-centric stories through a global lens. “We have oil and gas; we have stock exchanges; our weak borders make us prone to drug trafficking; we have one of the most closed societies in our backyard in Cuba; we have Rhodes Scholars, record-holders in the world of sports, and indigenous tribes; world heritage sites; gold cartels and one of the world’s biggest off-shore banking locations in Cayman. My point is there’s no shortage of stories. We want to bring the importance of Caribbean stories to the rest of the world,” Burton said.

The program’s interim website www.18DegreesNorth.tv features clips from upcoming stories that reveal Burton’s dedication to in-depth coverage of Caribbean affairs. So far more than 20 stations in the Caribbean, U.S. and U.K. have signed on to distribute 18 Degrees North including top broadcast networks like Jamaica’s TVJ and Trinidad’s TV6. Negotiations are underway with even more broadcasters as far away as Africa.

Jamaica’s foreign investment arm, JAMPRO, also recently approached Burton about taking her show on its official mission overseas to seek distribution and investment for local film and TV projects. “We had specific requests for news shows. Burton’s project, 18 Degrees North, is a perfect addition to the line-up of offerings we’re bringing with us,” said Kim-Marie Spence, manager of Creative Industries at JAMPRO.

The show’s hard-hitting style of journalism and high editorial standards has attracted both regional and international investors and advertisers. “The response from our major advertising markets here in the Caribbean and in the US has been encouraging with GRACE International signing up as our major sponsor. 18 Degrees North will become the best platform for Caribbean advertisers hoping to reach the Diaspora and overseas advertisers looking to reach the entire Caribbean with a one-buy solution,” said Burton.

It is the company’s hope that with the potential to reach over a million viewers in its inaugural August 18th -24th launch, more sponsors, investors, and networks will sign on.