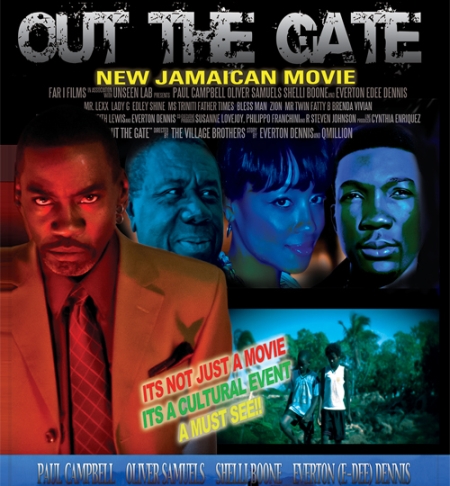 The urban action picture starring Paul Campbell (Shottas, Third World Cop, Lunatic) and Oliver Samuels (Oliver at Large) tells the story of Everton Dennis (played by himself) his dream to make it big in America and the challenges he faces when the Don of LA (Campbell) demands his dues.

Karibbean Expressions Magazine called the story “Triumphant” and remarked, “Dennis is mesmerizing” in his performance. The Atlanta Daily World wrote the film appeared to be “on its way to becoming a classic” and reggae historian Roger Steffens said the movie was “…vivid and moving.”

The gritty film, shot on location in Toll Gate, Jamaica and Los Angeles, is described as an ode to believing in your dreams. The creation, production, completion and ultimate screenings of the film mirrors the themes in the movie of not giving up.

In an interview following the 2011 Peachtree International Film Festival, film producer Keith Lewis revealed some of the challenges in bringing this story to the big screen. “The money for this film was never all here at once,” he stated, “initially we only had enough money to buy equipment, then we shot some test scenes, showed them to investors and got a little more money” he continued. “Our dream grew bigger, and we wanted to cast Shelli Boone as Everton’s love interest. Shelli, however, is a SAG actor, so that meant dealing with the union and coming up with even more money, so we shot and edited a mock trailer, showed it to more investors and we raised more funds. Every step along the way, new challenges arose, budgets grew and were exceeded, yet somehow Jah provide and we were able to finish the film and bring it to the theaters,” the producer concluded.

Paul Campbell remarked in the NY Amsterdam News that it was the story that “leaves you on a high, leaves you feeling good,” that drew him into the project. The soundtrack to the musically driven film boasts songs from Beenie Man, Busy Signal, Karl Morrison, Jadakiss, Styles P, metc, and the film features Mr. Lexx, Lady G, Ms. Triniti, Kashuman, and more in character roles.

“We are beyond excited to finally bring the picture to home Jamaica,” said Dennis, also the films co-writer and co-producer. “It was great to play it in Hollywood, the Bronx, Brooklyn, Queens, and Atlanta, but Jamaica is my home and where it all began, so this is the most important showing of all,” he continued.

After successful runs in New York, Los Angeles, and Atlanta, the independent film ‘Out the Gate’ will make its Jamaican debut November 2nd 2011.

To see the trailer, pictures of the Hollywood premiere, and more info go to http://www.outthegatemovie.com/

Bob Marley The Making Of A Legend