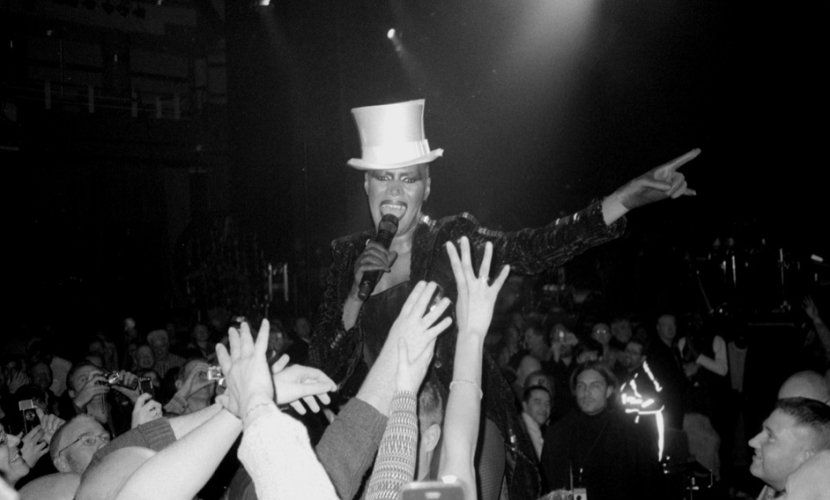 In a 30-year career of taking pictures, Pogus Caesar has uniquely captured moments of everyday life with a simple Canon 35mm camera, spontaneously recording the unfamiliar, as well as the celebrated and the iconic. With reference to the title Caesar says “In my teens, when listening to the latest records, if the song had a wicked rhythm and cool lyrics and we would nod our head and say yeah man, the Muzik Kinda Sweet!”

Shot entirely in black and white, the photographs offer a stark alternative to the digital performance photography of today. Most of Caesar’s photography is based around his home city of Birmingham, documenting a spectrum of well-known personalities and recording significant events including the; Handsworth riots, Birmingham tornado and the regeneration of the Bullring.

Using a simple camera photographer Pogus Caesar followed the musicians and singers around the famous venues producing a collection that celebrates a style of black music that brings together the UK, the US and the Caribbean.

From Stevie Wonder in 1989, Grace Jones in 2009 and Big Youth in 2011, this unique photography book documents how black music, in its Reggae, Soul, Jazz and R&B tributaries of sound, has changed and renewed itself over the decades.

Journeying from Jimmy Cliff to Jay-Z via Mica Paris and Mary Wilson of The Supremes to David Bowie’s bass player Gail Ann Dorsey, these images conjure up an alphabet of the music of the Black Atlantic.

The photographs selected from OOM Gallery Archive are also as much about the clubs and venues, as it is about the singers, producers and musicians. The Wailers at The Tower Ballroom, Sly Dunbar at The Hummingbird Club, Courtney Pine at Ronnie Scott’s, Cameo at the Odeon Cinema, Ben E. King at the Hippodrome and Soul II Soul’s Jazzie B at BBC Pebble Mill, many venues now lost to regeneration or renewal, and only recalled through memory and imagery. In their day such venues welcomed black music with open charms, giving safe havens to their audiences, and helping to shape the cities own distinctive underground and mainstream sound.

Author and historian Paul Gilroy who wrote the foreword for the book remarks “Pogus Caesar’s emphatically analog art is rough and full of insight. He conveys the transition between generations, mentalities and economies. These images record a unique period in what would come to be called black British life.”

“As a child growing up in Sparkbrook and Aston I was inspired by the record sleeves of the day. I had the honour years of being the company of these great performers, in Birmingham and beyond. I wanted to contribute to the musical legacy of Birmingham through my imagery. The book is dedicated to those who remember seeing the stars like Curtis Mayfield walking through the Bull Ring or watching Ike and Tina Turner performing at the Top Rank Club on Dale End. It’s also for the younger generation who can still hear the influence of older musical artists through the sounds of today”.

Caesar is best known for his 35mm black and white photography and compelling montages, which he shoots on Canon Sure Shot cameras, purchased in the 1980’s. The young Caesar developed a passion for music from listening to Roy Orbison, Duke Ellington and Nat King Cole on his parent’s stereogram, and from later seeing touring reggae, soul, hip hop, funk, pop and jazz artists performing in the West Midlands before they become household names.

Most of Caesar’s UK photography is based around his home city of Birmingham. His work includes documenting well-known personalities from music, film, sport and politics, including Jesse Jackson, Desmond Tutu and Julie Christie, as well as recording significant events such as the Handsworth riots, the Birmingham tornado and the regeneration of the Bullring.

Speaking about his motivation for Muzik Kinda Sweet, Caesar said:

“From looking at record sleeves as a child growing up in Sparkbrook and Aston, to having the honour years later of being in the company of such great artists in Birmingham and beyond, I wanted to contribute to the musical legacy of Birmingham through my imagery.”

“Muzik Kinda Sweet is dedicated not only to those who remember seeing Curtis Mayfield walking through the Bull Ring or watching Ike and Tina Turner performing at the Top Rank Club on Dale End but also to the younger generation who hear the influence of older musical artists in the sounds of today.”

Pogus Ceasar at the V&A