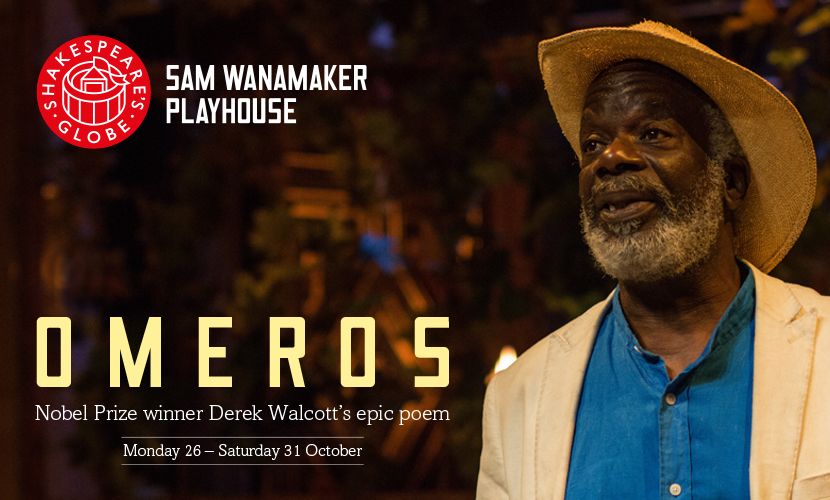 Following its sell-out run last year, Derek Walcott’s adaptation of his Nobel Prize-winning epic poem Omeros returns to the Sam Wanamaker Playhouse. The poem spans both time and continents, following the journey of a present-day Odysseus and a beautiful house servant Helen, who incites her own Trojan War.

The narrative is rooted on the island of Saint Lucia, Walcott’s home, and will be underscored by live music to evoke the flavour of the Caribbean and performed by Joseph Marcell and Joan Iyiola.

★★★★
‘Striking yet simple … The intimate setting of the Sam Wanamaker Playhouse and the music of Tayo Akinbode are the perfect backdrop to this poetic masterpiece. Omeros will take you across the ocean, to the shore of the island of Santa Lucia… A must see’
Culture Whisper

‘No poet rivals Mr. Walcott in humour, emotional depth, lavish inventiveness in language or in the ability to express the thoughts of his characters.’
The New York Times Book Review