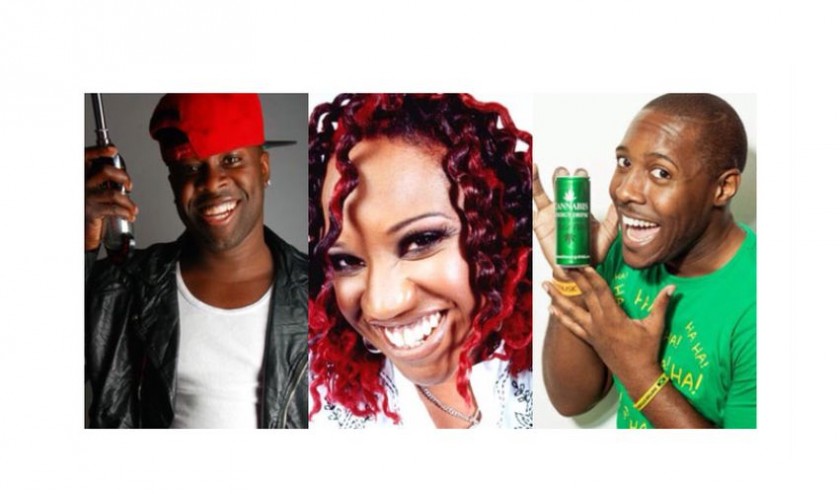 The Drum’s Upfront Comedy season presents Outrageous Uncut, which will get you to flex your laughing muscles as we bring you another night of first-class entertainment on Fri 6 Mar at 7pm!

With our Season Ticket Offer you can enjoy two Upfront Comedy shows this season for only £24. To book your tickets call The Drum’s Box Office on 0121 333 2444, or book online

Food will be available on the night

Kojo is a prolific comedian who was born in Hackney, to Ghanaian parents. He has had three comedy shows on MTV Base including his comedy special The Fresh Prince Of Hackney in 2007, he has sold out his local theatre Hackney Empire on seven occasions, appeared in movies. Kojo’s talents have taken him on internationally performing on American TV in NBC’s Last Comic Standing. It has been said that Kojo is responsible for the resurgence of urban comedy after the Real McCoy era showcasing comedians at his comedy fun house club for ten years.

Ninia Benjamin is one of the UK’s hottest female comedians with a wealth of television, stage and live stand-up experience. Ninia was catapulted to stardom as one third of BBC3′s 3 Non-Blondes. Her talents have been showcased across all the major UK channels in a variety of roles, Ninia is a favorite guest and commentator for many popular discussion shows, for example Sky Comedy Close Up. She has enjoyed a successful run at the Cape Town Comedy Festival in South Africa. Her popularity on television continues to soar, her stand-up remains at the ultimate level.

Aurie Styla is a young entertainer from London, who started stand-up comedy in 2010, but has been on stage since he was fifteen. Whilst trying out poetry, music and dance, Aurie always brought humour into his performances. Up to now, Aurie has had the pleasure of working with the Comedians such as Wil Sylvince, Tony Woods, Ruperto Vanderpule, John Simmit, Geoff Schumann, Eddie Kadi and many more. Anyone who has seen Aurie perform will remember his charisma, tongue-in-cheek banter and big smile!

The Drum is the UK’s premier intercultural arts centre dedicated to the development, presentation and celebration of arts and cultural activities of Birmingham’s diverse communities for the benefit of all.