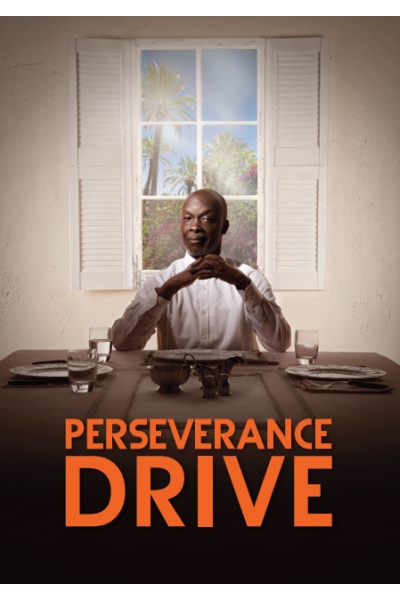 In the heat of the Caribbean sun and to the familiar sound of gospel hymns, the Gillard family prepares for the funeral of their mother Grace.

Tensions ignite as opera-loving, chardonnay-quaffing Josh returns after 8 years of excommunication. Widowed Eli wants to sell the family home on Perseverance Drive, but Grace’s will reveals a different plan.

London, 5 years later. The table is set with Tiger Malt, lashings of Madeira cake and chocolate digestives (milk, not dark).

Secrets are exposed at this last family gathering but Eli knows time is running out: Can the Gillard family reconcile their faith in God with their faith in one another?

I know we have a certain amount of dirty laundry in this family, but is it really necessary to keep on washing it so publicly?

‘Tis Grace that brought me safe thus far
and Grace will lead me home.
– Amazing Grace

Frances Ashman plays Ruth. Her theatre credits include: This May Hurt A Bit, Bang Bang Bang (Out of Joint), Our Ajax (Southwark Playhouse), People (National Theatre), The Rubber Room (TS Elliot Exchange/Old Vic New Voices), After The Incident (Soho Theatre) and In The Blood (Finborough Theatre). Her television credits include May Day, The Reckoning, Doctor Who, Law and Order: UK, Missing and Trial and Retribution.

Derek Ezenagu plays Nathan. His theatre work includes Death and the King’s Horseman (National Theatre), The Lion and the Jewel (Collective Artiste), Mother Courage (Nottingham Playhouse), Much Ado About Nothing and Hamlet (RSC). For television, his credits include Merlin, Messiah and Second Generation; and for film, Fifth Element, Three Steps to Heaven and Streetwise.

Leo Wringer plays Eli. For theatre, his credits include A Midsummer Night’s Dream (MGC at Noel Coward Theatre), Blackta (Young Vic), Sixty-Six Books (Bush Theatre), The Wheel (NTS), While You Live (Traverse Theatre), Julius Caesar and The Taming of the Shrew (Tobacco Factory). For television, his work includes Law and Order, Silent Witness, Rebus, Rough Crossings, The Canterbury Tales and Love Hurts; and for film, The Changeling and The Kitchen Toto.

Robin Soans’ plays include One Turbulent Ambassador (Lyric Hammersmith/LAMDA), Mixed Up North (Bolton Octagon/Out of Joint/National Tour/Wilton’s Music Hall), Life After Scandal (Hampstead Theatre), Talking To Terrorists (Royal Court/Out of Joint – nominated for Best Play at the TMA Awards), The Arab- Israeli Cookbook (Gate Theatre/Tricycle Theatre/Met Theatre, Los Angeles), A State Affair (Out of Joint/Soho Theatre), Sinners and Saints (Croydon Warehouse) and Bet Noir (Young Vic). His books include as co-author of Verbatim Verbatim (Oberon), Deep Heat (Oberon), and The Arab-Israeli Cookbook: The Recipes (Aurora Metro Publications – winner of the Best Innovative Food Book UK and the Special Jury Prize for Peace at the Gourmand World Book Awards). For radio, his credits include Not Today Thank You, The Arab Israeli Cookbook, Talking to Terrorists, Life After Scandal, and A State Affair. Also an accomplished actor, Soans will soon be appearing in the transfer of Visitors which comes to the Bush Theatre later this year.

Madani Younis took over as Artistic Director of the Bush Theatre in 2012. For 2013 he programmed the company’s most successful season to date, which saw the theatre play to 99% capacity, and for which the theatre was awarded the Groucho Club Maverick Award 2013. For the Bush Theatre he has previously directed Chalet Lines. Prior to his appointment at the Bush, he was Artistic Director of Freedom Studios in Bradford, Yorkshire where his work included the site-specific work, The Mill – City of Dreams. He has also worked nationally and internationally as a theatre director, writer and practitioner. Whilst at Freedom Studios he collaborated with the Bush Theatre through workshops culminating in Freedom’s two week residency in 2010 at the theatre. He was previously Director of Red Ladder Theatre Company’s Asian Theatre School. He originally trained in film, and his debut short film Ellabellapumpanella, commissioned by the UK Film Council, was screened at the Cannes Film Festival in May 2007. He was the recipient of the Decibel Award at the South Bank Awards show in 2006.