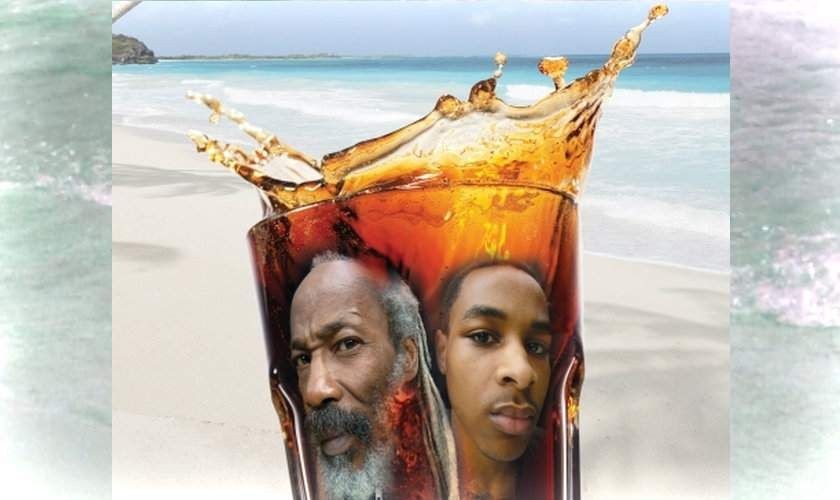 Rum And Coca Cola a play by Mustapha Matura

Rum And Coca Cola is a gently humorous, bittersweet tale by the celebrated Trinidadian dramatist, Mustapha Matura and directed by Don Warrington MBE, best known as Philip in Rising Damp and for roles in Doctor Who, Manchild and The Crouches.

Rum & Coca Cola – Professor, an ageing ex-Calypso King, has been reduced to singing on the beach for tourists accompanied by Slim, a young street boy, whom he attempts to turn from a life of crime. Earning just enough to keep themselves in rum and roti, Professor is teaching Slim the art of Calypso writing, so that they can compose a song with a melody charming enough to win the title of King of Calypso. But past glories and failures haunt Professor, leaving a bitter taste in his mouth that only rum and Slim’s company can sweeten. Wanting the world for his student, Professor has ambitions for his young protégé that stretch further than the tropical horizon: if only he can let go of the past.

Actor Don Warrington made his directorial debut with Mustapha Matura’s gently humorous play ‘Rum and Coca Cola’. Playing Phil in ITV’s classic hit comedy series Rising Damp catapulted Warrington into the public arena, and he is now remembered by younger audiences for his fancy footwork in Strictly Come Dancing 2008. ‘Rum and Coca Cola’ will be his first production as director. Set on the beaches of Trinidad this bittersweet tale celebrating the art of Calypso and human friendship, has been re-worked by Matura for a 2010 audience. ‘Rum and Coca Cola’ is a co-production with Talawa Theatre Company and English Touring Theatre.

Trinidad-born Don Warrington’s career has spanned theatre, film and television. His credits include Gurinder Chadha’s new film ‘It’s a Wonderful Afterlife’ and for theatre ‘Elmina’s Kitchen’ in the West End.

Award winning playwright Mustapha Matura is also from Trinidad. He began writing plays after moving to the UK and in 1971 he won the George Devine award for ‘As Time Goes By’. His other plays include ‘Playboy of the West Indies’ and ‘Trinidad Sisters’.

Shango Baku takes on the role of Professor, and Okezie Morro as Slim.

Musical Director Dominique Le Gendre creates the sounds of Calypso for Professor and Slim, working alongside Designer Anthony Lamble, Sound Designer Mic Pool and Lighting Designer Jason Taylor. Together they bring the beaches of Trinidad to life on the Courtyard stage.

“…compassionate picture of a dying art…” The Guardian

“…take a holiday from sober reality in the rich, patois-peppered badinage…” The Telegraph