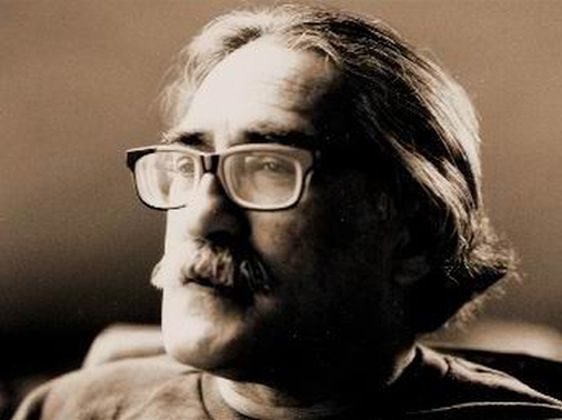 Playwright Mustapha Matura left the Caribbean in 1961 to live and work in London. He is now an established theatre figure in Britain: the times’ called him ‘our finest dramatist of West Indian ~ Origin’. He moved to Notting Hill in 1981 where his greatest source of inspiration is the Portobello Road.

I first discovered the West London area of Ladbroke Grove during the ‘Swinging Sixties’. At that time it was a vibrant cosmopolitan community attracting those in search of its liberating lifestyles. It was the home of young long-haired hippies parading in their colourful clothes and new – found freedom; a large Caribbean community, adding a spicy flavour to the proceedings; and the annual street Carnival.

Others, drawn to its slightly soiled, roguish atmosphere, added to it the hustle and bustle of the antiques, fruit and vegetable market stalls on the Portobello Road, which on Saturdays competed for attention with the visitors’ exotic fashions. The whole area was bursting with life.

Coming from and writing about the Caribbean, it is not surprising that the area became (as we say) my lime, my watering hole. Why not? Hemmingway found his Spain, Joyce his Dublin, Runyon his Bowery. I found my London.

I have seen Ladbroke Grove, through many phases since then, some good, some bad: Hippie, punk, radical chic, Rasta, bourgeois respectability. Like most areas of London, ‘The Grove’ has had its fair share of notoriety. There were famous murderers, who caused the council to change the name of the place where their crimes were committed. There were shady landlords who knew certain call girls, who knew certain cabinet ministers, who resigned in disgrace in the Sixties, who all went on to have Hollywood movies made about them. As they might say in the Grove, ‘I should be so lucky.’

Nowadays, on a good day, having written my fill, I can begin a stroll, walking South along the still hustling and bustling (even more so) Portobello Road Market. Fancy, surreal hairdressing salons, object de kitchen shops, New-Age religious shops stocked with Mandalas, crystals, and Brazilian witches rub shoulders with honest record shops, all pumping out the latest in-music, next to travel and cookery shops. I could see Jo Kenyatta in his red, gold and green knitted hat and his shinny third-hand suit, who will shadow-box me while telling me tales of wayward nephew Brandy. ‘who if he doesn’t look out, he go’get in bad trouble,’ as if I am to deliver that message. Or I could decide between Malaysian or Italian pizzeria is in the ascendancy, with delicious melted cheeses that are a joy to behold. Then a black mini-skirted silhouette will pass by; following her progress, I will see the latest pictures and pieces being hung at one of the many art and ceramic galleries, containing mostly large daubs for large reception areas, or huge alien-like figures looming in the carefully trained spotlights. I swear, a recent exhibition is of all black painted canvases of different sizes.

On the next corner, I could see Red Reg in his sharp, black leather hat and wind-proofed coat, arranging incense, hats, socks and pictures of Martin Luther King, Malcolm X, Pope John, Caribbean childhood scenes and soft-focus, semi-erotic couples coupling, all of which he sells. I could walk past him and go to Rose, sitting behind her glass-fronted show-case which reflects the glittering baubles inside, and the shimmering party frocks hung above her, and Rose might tell me of her last exotic trip abroad, or one she is planning. How she does it I do not know…I just don’t go to the right parties, that’s all.

Or I could cross Lancaster Road and browse at a shop containing the most beautiful stone, metal and wooden works of art from India, from everyday utilitarian objects to the most intricately carved windows and doors; or similar stuff, in a shop opposite, the Africa. I walk past the betting shop quickly, having once been hooked on numbers. I have a ‘there but for the grace of God’ attitude to the dazed men I glimpse inside, and move on to the Warwick Castle, a pub that has been preserved in time by the thick layers of nicotine and grime that occasionally peel off, further concussing its unfortunate customers. But it has the distinctive attraction of having two green baize pool tables that attract the finest players from miles around.

Through the smoky haze, I could glimpse Classical in his long overcoat, nursing a half of Guinness, watching the action, checking who to play (meaning, who he can beat) before putting down his token coin. I could see Manny, Indian Tony and Lyndsay arguing over whose coin is next while moving their own to the front, then Prang with his booming voice, with the authority of his flowing dreadlocks, would settle matters by shouting, ‘Nobody en’ playing next, me playing next, dat’s my ten pence dere. I put my mark on it an’ it’s mine. You Manny an’ Lyndsay an’ Tony, too cheat.’ And while the shamed trio withdraw in disarray, blaming each other for their own bad reputations, I would slide my coin next to Prang’s.

And to prepare for the mammoth battle of skills, Wills an’ willes to come, I could wash down the fine lasagne with a pint of lager, not by any means the best, but better bad beer than no pool, I tell myself.

I sometimes win, and sometimes lose, as the wise man said. But during those one (two or three, or four, five, six) hour periods that I trying to play next, liming, gossiping, marvelling at others’ skills, luck, misfortune, blunders, observing the karmatic, dimension of the games, I am in writer’s paradise.

People don’t just give me ideas for stories; in the Grove they give you their life stories also, and they come in every shape and size, from the acted-out telling to the perfectly timed punch lines, what more could I ask for? It’s like being in real-life, long-running soap opera, which I tell myself I’m only researching in order to write about.

Not true. I became a character in it some time ago, ‘de writer feller’, the one who prays that the gentrification process that is taking place in the area now does not totally destroy its unique character and characters, and who hopes that somehow, by writing about it, he is preserving it, but now with the added knowledge that the Grove’s own vibrant resilient sense of life will continue to replenish itself, and those that lime there.

Why, yesterday, I swear I saw a young hippie girl, wearing a bright, new afghan coat, with a mirrored bag hanging from her bony shoulders and yellow, flared, velvet trousers flapping at her ankles, striding up the ‘Bello’.

It’s that kind of area.