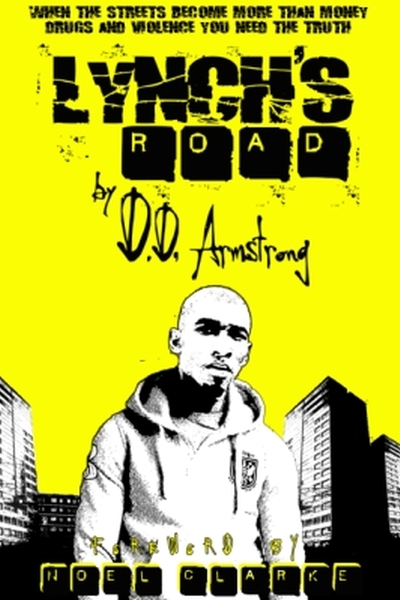 When Claire a media producer, Jade a young mother and Ivan a convicted street robber are handed the autobiography of Gilyan Gates an ex-drug dealer they begin to understand the book has been based on a blueprint of determination and survival.

As Gil story unfolds they are confronted with an insight into the world of the misguided and explore the minds of the dealers, addicts and their victims which ultimately challenges their perceptions and lifestyles.

With an interlocking plot and thought-provoking ending experience the cold irony of life on West London’s streets. From the horrors of drug violence to the sincerity of troubled man, D.D. Armstrong’s words come to life. With strong and authentic dialogue no other book will bring a generation closer to the truth.

Click here to purchase your copy of Lynch’s Road

D.D. Armstrong writing style is brutally honest, bold, fierce and uniquely original. He draws on personal experiences to bring life and energy to his characters. Raised in West London he openly admits a colourful background as a source for his crime/street tales. After receiving a grant from The Arts Council he was later mentored by Alex Wheatle MBE and award winning author of ‘Brixton Rock’ and ‘East Of Acre Lane’. D.D. Armstrong has worked in a number of media jobs in Film, TV & Broadcast and has also been a direct script consultant to Actor/Director Noel Clarke on the film ‘ADULTHOOD’.

He continues to write having completed the sequel to Lynch’s Road and is now working on number of projects. D.D. insists ‘Writing’s my way of making lemonade out of lemons. It’s the closet thing to being God and I love it.’

A Boy, A Journey, A Dream by Bazil Meade

Bageye At The Wheel by Colin Grant