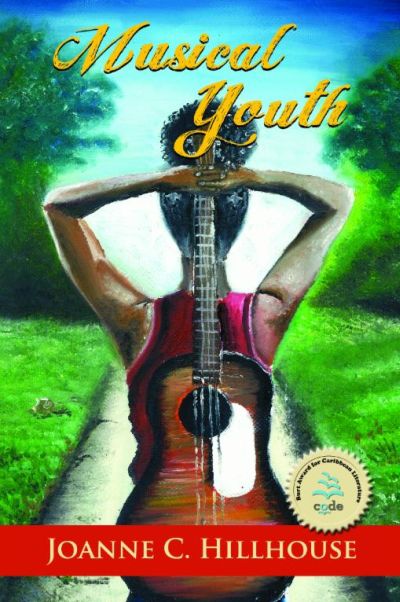 Teen readers in the Caribbean and the world will have one more book to read this week when the award-winning Musical Youth by Antiguan and Barbudan author Joanne C. Hillhouse is released. The book, which placed second in the 2014 Burt Award for Caribbean Literature, follows one eventful summer in the life of a group of Antiguan teenagers.

According to the book’s blurb, guitarist Zahara and Shaka, a musical genius find love and challenges as they take part in a musical that they must get right by the end of the summer. Readers will be drawn in by the book’s cast of interesting characters and will love the musical thread that runs through the story.

The Burt Award for Caribbean Literature is administered by CODE, a Canadian NGO with 55 years of experience supporting literacy and learning in Canada and around the world. As a second place winner of this award, Musical Youth will be distributed throughout the Caribbean to libraries and similar learning institutions. In addition, CODE supports professional development of writers and libraries. One of the first events connected to Musical Youth will be a free workshop for adult and teen writers this November in Antigua. The first place winner is A-dZiko Simba Gegele of Jamaica with her novel All Over Again and third place was won by Jamaican author Colleen Smith-Denis with her novel Inner City Girl.

“This is an important book,” comments a representative of the publisher, CaribbeanReads Publishing, “because Caribbean teens will be able to see themselves in the young people in the story and relate to it. There are few books that achieve this goal and that’s why we are so excited to be a part of this and of Joanne’s success.”

On their website, the administrators of the BURT Award describe the book as follows: “Musical Youth is a beautifully crafted novel with the leitmotiv of music running throughout it. This is a powerful and credible story of young love between two likeable heroes.”

This is Joanne C. Hillhouse’s fifth publication. She has won fellowships to Breadloaf, Callalloo, and the Caribbean Fiction Writers Summer Institute and has been awarded a UNESCO prize as well as the David Hough Literary Prize. She runs the Wadadli Pen Writing Programme to nurture and showcase creative works by young writers in Antigua and Barbuda. Her other publications include The Boy from Willow Bend, Dancing Nude in the Moonlight, Fish Outta Water, and Oh Gad!

Musical Youth is available online on Amazon in both print and kindle formats and in some bookstores. Learn more about Musical Youth and the author Joanne C. Hillhouse at www.caribbeanreads.com.

Dancing Nude in the Moonlight