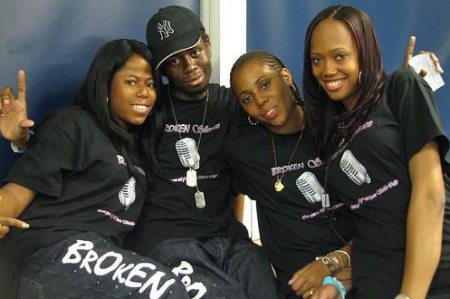 Broken Silence is a registered charity founded in 2004 by four teenagers with sickle cell disease in memory of their friend, Leona Dehaney who died from complications relating to the disease. Broken Silence campaigns for the rights of people with SCD.

Edward Maughan aged 21 from Wembley in London, is a member of Broken Silence. He was diagnosed with Sickle Cell at birth: “The most traumatic experience for me so far was when I had Osteomyelitis – which is basically a chronic infection of the bone and bone marrow at the age of 11. I honestly can’t remember what it was like because at the time it felt like I was struggling just to stay alive.”

Nordia James was diagnosed with sickle cell at six years old:
“I’ve experienced immense pain throughout my childhood because of sickle cell. I’m regularly rushed to hospital for blood transfusions or injections because of the disease.” Sickle Cell is one of the most commonly inherited genetic disorders in the country.

The charity has gained the support of a number of celebrities (including MTV Base and Choice FM stars), community radio stations, well-known singers and stars from the stage and screen including: Choice FM, Unique FM, Roots FM, Shola Ama and her sister Sadie, reggae legend Tippa Irie and ITV’s The Bill’ actor Clifford Samuel.

The team is also supported by a number of commercial and community organisations including; Genesis Community Chest, Brent Council’s Harlesden and Stonebridge, Regeneration and Renewal Team and the Jack Petchey Foundation.

About sickle cell disease
Sickle cell disease is a genetic blood disorder affecting the red blood cells, and is mainly found in people of black and ethnic minorities. It is estimated that in the UK, 12,500 people have SCD.

The condition can cause severe anaemia, damage to major organs and infections. Sickle cell is caused by inherited genes that create defective blood cells. People with sickle cell have sickle-shaped blood cells that can build up and cause blockages in small blood vessels, causing severe pain known as sickle cell crisis. Patients may require blood transfusions every 3-4 weeks.

For more information on Broken Silence, please visit the website.