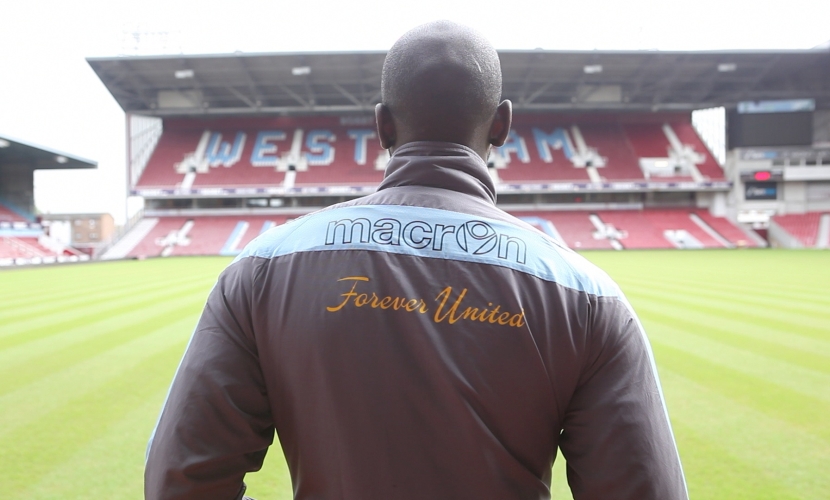 George: a new short documentary about a footballer who uses his skills to help young people premieres on 1000 Londoners

For most young people, the idea of being a professional footballer is just a dream, but for George it nearly happened. When he was 14, he was invited to play for Arsenal and was rubbing shoulders with Arsene Wenger, but when he got to university he had the harsh realization that he wasn’t going to be one of the elite few. George had to rethink his goals and ambitions and rediscover what was important in life. He now inspires young people for a living, through his work coaching youth teams for West Ham.

The new documentary, directed by Daniel Onyia, provides poignant look at the ups and downs of George’s short-lived football career. It provides a stark insight into the intense competition involved in sports at the highest level. George now coaches teenagers and puts all of his energy into make their dreams a reality.

‘George’ is one of 1000 documentaries Chocolate Films is producing as part of 1000 Londoners. Created over 5 years the 1000 films will make up a portrait of the city.

1000 Londoners goes live on 24 April 2014. This will be the most in-depth and expansive documentary series ever produced about the city.

Each week, viewers will be able to visit 1000londoners.com and watch a threeminute film about a new Londoner. The range of stories will be as diverse as the city itself. Films programmed in the first three months will include a Big Issue vendor, a cage-fighter, a bee-keeper and Sir Nicholas Serota, the director of Tate.

The trailer can currently be seen at 1000londoners.com

1000 Londoners is produced by South London based, film production company and social enterprise, Chocolate Films. The filmmakers from Chocolate Films will be both producing the films and providing opportunities to young people and community groups to make their own short documentaries, which will contribute to the 1000 films. 1000 Londoners will launch with ten films.

These will include documentaries about Griff, a former soldier who now sells replica guns and the UK’s best hula-hooper, Marawa. West Ham coach and former professional footballer, George is one of the ten films to be launched on 24th April when it premieres on new digital online station; 1000Londoners.com

1000 Londoners has been part funded by City Bridge Trust.