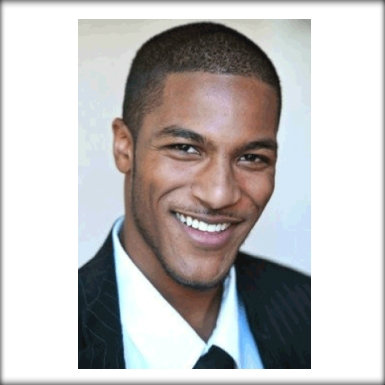 Hot new talent Samuell Benta, a 25yr old actor/writer/director of Jamaican/Antiguan heritage from London, who has appeared in a number TV productions including; The Bill, Silent Witness, The Cut, Hotel Babylon and most recently as Donnie on E20 Eastenders spin off show.

Samuell has been busy working on his latest project ‘All about the Mckenzies’ a Black British family sitcom launching in May 2012 itzcaribbean caught up with him for an exclusive interview.

So you are about to launch your show on You Tube this May, what can audiences look forward to.
A fresh new show that’s exciting, funny but serious at the same time!

What inspired you to create your own sitcom?
A few reasons really, firstly a tough relationship I was going through at the time (this helped with storyline). Also the fact that we as a black community do not have a lot of content that reflects us in a positive light, everything we see portrays a negative illusion of us, we are not like that and I feel its my responsibility as a person to shine a different light for a different perspective for the sake of the younger generation.

Thirdly I feel that networks do not give us a chance to come with our own content, it will either be watered down or tampered with in some shape or form and I said to myself that I was going to independently make this show and it will be a huge hit internationally where it has huge demand!

Lastly as an actor we need to step up our game in the industry, it’s not about just being an actor nowadays I want to show people I am a brand, I am a product altogether who can write, direct, act and produce lots of shows!

You are producer writer director and star of the show. How long did it take you do complete the project and what was your biggest challenge.
The idea was conceived December 2010 and I said to my little brother that I wanted to create a show. I didn’t know how I was going to do it but I learnt along the way. From then till now it has come to this stage.

Many obstacles were put in my way the worst being my show originally filmed last year and it got stolen by the cameraman who never gave it back to me and I couldn’t get hold of him for 7.5 months!!! I then discovered my footage was in Italy and it had to be mailed to me only to discover that what was filmed could not have been used due to dodgy camera work etc!

I was gutted, heartbroken; my creation down the toilet, but something compelled me to keep going! Another challenge was getting the show filmed, edited and submitted in time for the LA Web Festival in such a short period of time! 5 Long days of filming and asking A lot of favours!!!! The show was funded out my pocket…

Where did the ideas come from? Are the characters and storylines based on your own experiences?
Absolutely! Each character has a bit of my life in them, its great watching your life being played out by different people.

Tell us about the cast, how did you go about choosing the right people?
I did the casting on a casting website March 2011 and I auditioned lots of actors, there were two actors that were originally supposed to be in the show but I had to replace them due to my footage being stolen and within that time frame one actor got married and lived in another country and another actor had to go due to going completely AWOL!

The little sister of the show ‘Angel I saw her music video and pictures and immediately fell in love with her, I remember saying “That’s Angel!” It was tough choosing everybody else because I had so many talented actors that came through the door so I did a workshop and narrowed it down.

The sister ‘Charlene McKenzie’ played by Ria Horsford was chosen last minute as I saw her perform at a play at the Mermaid Theatre and asked her to audition and she nailed it! All the other cast remained the same from the original castings last year.

Over the years UK sitcoms from ‘The Fosters’ to ‘The Crouches’ have been aired on TV. Why do you think it is important to have a Black British family sitcom.
For Black people to relate and also just to have something on TV that’s us lol! If you notice in my picture of the show I have the statement ‘Your most unlikely family’ because the cast don’t look related, this was done on purpose for this reason, I wanted to represent all kinds of black people in the family unit, there’s a lot of controversies, judgements and criticisms in the black community in terms of ‘where your from originally’.

To me we are universal everyone has their own contribution, so I threw mixed race, Jamaican, Dominican, African and Antiguan in one family ‘The McKenzies’

We currently have ‘Meet The Adebanjos’ but its not mainstream TV like the shows listed. The Crouches was the last and that was 7 years ago! Where have we been?!! We will always have Black American Sitcoms to keep us entertained, it didn’t help that they axed ‘Trouble TV’ But ‘All About The McKenzies’ is the next and I am working my butt off to get this international mainstream!

You were in Hollywood recently for the 2012 LA WebFest, how was that?.
Well lets just say ‘All About The McKenzies’ won an award for ‘Great ensemble cast in a comedy’ It was a fantastic experience flying out there determined to make this happen for the UK to show our voice.

The show was screened and I was happy to hear laughs in the audience, I managed to record a video diary whilst I was out there. A great chance to network and meet people and view content from around the world. I’m actually looking into creating a UK Web Festival to encourage young black filmmakers and other cultures to step up and utilize the web.

What are the future plans for ‘All about the Mckenzies’, will there be a series 2?
Most definitely! I want to see the response from Series 1 first before I write series two, this’ll give me ideas of where to improve and also see what the audience want but primarily staying true to my story.