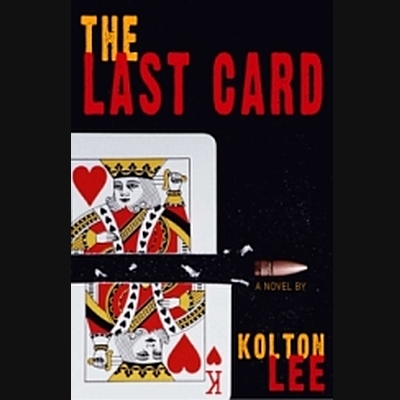 ‘The room was now heavy with smoke. It hung in the air, glowing red from the light in the window, white from the light above the table, blue from the glow of the silent television. The thickness of the air seemed to muffle sound as the players concentrated on their game.

Movement in the room, be it the collecting of money, the passing of cards, the scratch of a forehead, was made efficiently, economically. The only gamblers now in the room were those around the central table. As H looked around at what looked like his coconspirators, he was acutely aware of something: these people weren’t here to play; they were here to work. For the patrons of Blackie’s shebeen, gambling was a way of life.’

This impressive debut novel from ex-editor of The Voice and writer/director Kolton Lee also features boxing and cards, this time in contemporary London. H, the protagonist, was a young boxer who had the world at his dancing feet until he lost a crucial fight and with it, his confidence. Seven years on, and a gambling addict – Lee’s terse but vivid descriptions of the lure of the shebeen gaming table imbue the playing cards with just as much deadly magic as a voodoo priestess’s tarot pack – H finds himself in debt, losing his wife and child, and dragged into the backstreet world of gangsters and extortion. Eschewing sentimentality, Lee serves up spot-on dialogue, excels in explorations of how violence can escalate in the blink of an eye, and gives the tried and tested tale of a beleaguered man facing his demons a thrilling new twist in an unusual setting.

Peter Gutteridge writing in The Observer:

Kolton Lee, award-winning writer-director, is the new kid on the block. His debut, The Last Card (Maia £8.99, pp272), is a simmering noir novel set in the sleazy end of the London boxing circuit and illegal gambling dens. He is a boxer past his prime, full of regrets and in debt to a vicious psychopath. He is dragged into a multiracial underworld of violence and extortion. Can he find a way out? The Last Card is sweaty, brutal and powerful.

Kolton Lee displays his inspiring breadth of ability in this gritty crime debut… This fast-paced thriller will draw you into its vivid portrayals of human strength and desperation, exposing the lengths to which a man will go to fight for survival.