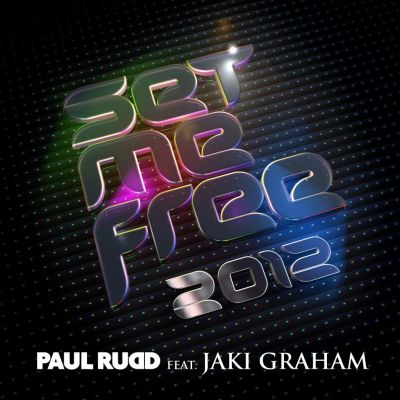 Jaki Graham, one of the most powerful voices in the music industry, has collaborated with dance music DJ Paul Rudd to remake her classic 1980’s single Set Me Free. With Graham’s fresh vocals, the track will undoubtedly set dance floors alight this summer, rejuvenating a classic chart sizzler.

This marks the beginning of a very busy year for the UK-based power vocalist. With a TV documentary of her life in production for broadcast later this year, a new studio album due for release in the fourth quarter, as well as the release of her Autobiography in the autumn, 2012 has much in store for Graham.

As one of the most progressive dance music DJ’s on the UK house scene, Paul Rudd, 32 from Kent, has been steadily building his reputation as a world class DJ since winning ‘Search for a Star’ at the Capital Radio Cafe in Leicester Square with Neil Fox and gaining his first residency at Galaxy Nightclub, London.

From there he has wowed clubbers across Europe with his live performances at various high profile clubs, as well top dance events in Ibiza including DJ’ing with the world famous Hed Kandi. Paul is currently working between Britannia Row Studios, London with legendary music engineer Tony Matthew (Soul 2 Soul, Kylie, JLS) and Music4, London with Top Producer Small Paul on his debut album, ‘Sound Of London’.

Rudd explains the making of Set Me Free 2012:

“There were so many great sounds from the 80’s that I grew up with and they just fitted with what I have been trying to achieve lately. I had a few tunes in mind and then when I thought about the string of Top Ten hits Jaki had in the 80’s, I immediately turned my attention to her music. Set Me Free was the standout one for me and I knew exactly what I wanted to do with it. When Jaki got into the studio to record, it turned a good track in to what I believe could be a huge summer anthem,” he said.

Graham added: “I was really interested in doing something like this. There’s so many classics from the 80’s being revamped and I was delighted that Paul approached me to re-work Set Me Free, as recently I have been recording mainly contemporary jazz music for the new album. I liked the instrumental and I’m just happy that one of my favourite hits has been given a 2012 makeover that appeals to all!”