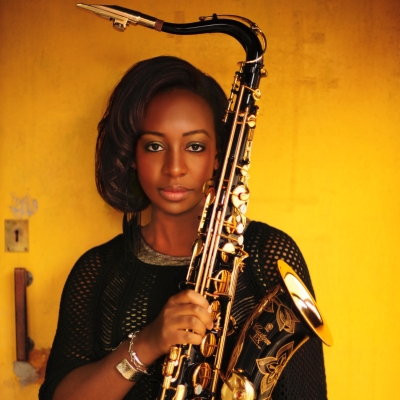 Award winning double MOBO Winner – YolanDa Brown – has been described as the UK’s most exciting jazz talent. Not only is YolanDa the UK’s premier saxophonist – she is as much an entrepreneur as she is a musician.

YolanDa has recently teamed up with the University Of East London to create a new music award for students offering four grants to their Music Students. She has a long-standing connection with UEL and was awarded an honorary doctorate in 2010.

“I love nothing more than being on the road and meeting new people. Having just given birth to my first baby, I am really looking forward to returning to stages around the world and sharing my music, emotions and stories…” Says YolanDa.

YolanDa has been listed in the Evening Standard as one of the top 30 black students in the UK selected by Gordon Brown. She is also a celebrity ambassador for the Prince’s Trust and is also a Patron of The Mayor Of London’s Fund for Young Musicians – which provides outstanding progression and development opportunities to young people – who demonstrate significant musical talent and commitment.

“Brown remains both an influential role model, and a skilful artist with a future”. John Fordham – Guardian

A tour not to be missed.