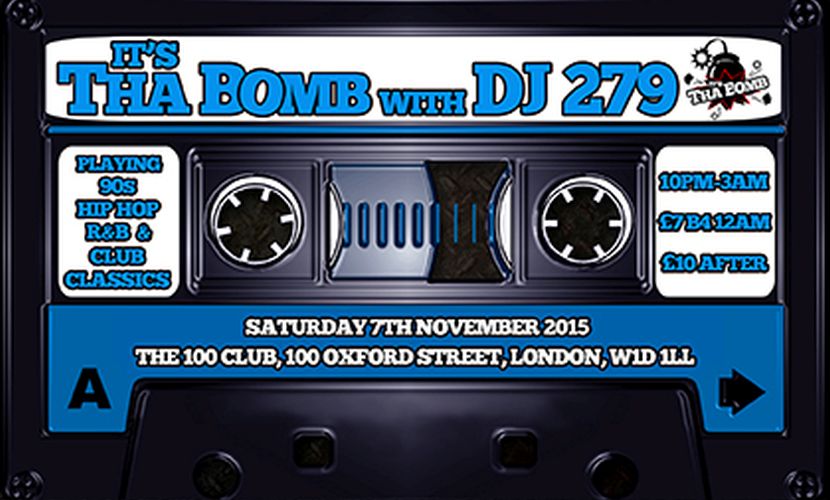 On Saturday November 7th, make sure you get down to It’s Tha Bomb @ The 100 Club for the launch of this brand new club night.

It’s Tha Bomb will be a carefully blended mixture of all that was musically brilliant about the 90s & 2000s Hip Hop and R&B clubbing scene, supplied by some of London’s best Club DJ’s right in the heart of the West End.

In recent times many of London’s most established clubbing venues have closed, leaving numerous cutting edge parties in the capital with no home to go to. The result of which has meant that putting on a credible event regularly and playing good black music has become something of a novelty. The 100 Club, which is famed for it historic support of cutting edge music genres have opened their arms to the idea of bringing back that old skool party atmosphere to the West End.

It’s Tha Bomb resident DJ 279 said “My career as a DJ began in the 90s, so I was right in the middle of some of the best radio & club nights of that era. It’s an honour to be resident and I can assure everyone who attends, that I’ll be digging in the crates and bringing back those killer cuts from the nineties and noughties every month, where I’m sure all the guest DJ’s will be aiming to do the same.”