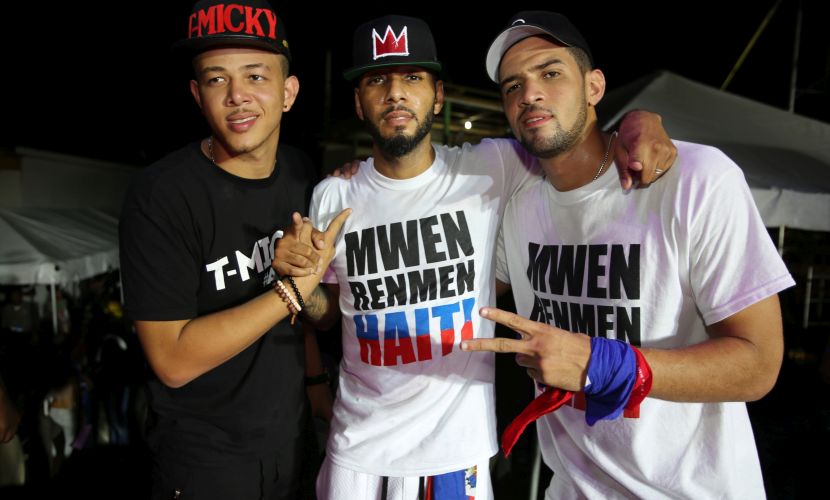 On June 26, 2015, multi-platinum artists Swizz Beatz, Chris Brown, and Lil Wayne performed in Haiti for the first time ever, sharing the stage with Haitian artists and DJs to present a free, six-hour show attended by over 100,000 people.

The concert was organized by Swizz Beatz and Haitian music production company Big O Productions. “Putting together this concert was important to me because I wanted to provide the Haitian people a platform of hope and unity through music,” explains Big O Productions CEO Olivier Martelly. “With this concert, we were able to do just that, the crowd connected with the artists and we were able to experience all those emotions as they watched the performances.” The show was held at the historical Champs De Mars Parc in downtown Port-au-Prince, which is home to tributes to Haitian historical figures Jean Jacques Dessaline, King Henry Christophe and a statue commemorating the 200th anniversary of the island nation’s independence. The parc, which faces the National Palace, is also home to the Musee Du Pantheon National, Haiti’s cultural and historical museum. “This was a very humbling experience,” said Swizz Beatz following the concert. “To see the number of Haitians come out during a time like this was amazing. The energy was perfect.”