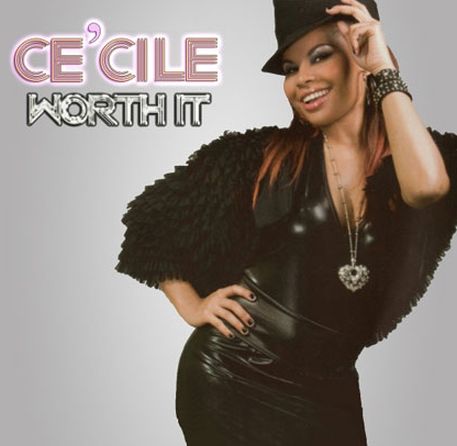 Ce’Cile releases 2 new bonus tracks on ‘Worth It’

Launching 2009 in true ‘bad gyal’ style, Jamaican reggae artist Ce’Cile – a member of the Danger Zone camp – is proud to bring forward the special expanded digital release, ‘Worth It’, featuring two new bonus tracks in cooperation with Zojak World Wide, the leading digital distributor of reggae and dancehall music. Worth It will be available on I-Tunes and other e-tailers worldwide January 27th.

While Ce’Cile is sometimes known as the ‘bad gyal’ of reggae, ‘Worth It’ will surprise fans with its musical breadth and artistic depth, crisscrossing dancehall credibility and human empathy in order to resonate with reggae and urban music fans of all types, men and women alike. Featuring brand new tracks, international crossover hits, timeless dancehall and lovers reggae classics, hype remixes and exceptional guest artists in Shaggy, Beenie Man and Trina, ‘Worth It’ continues the tradition of Jamaican female artists leading the way with ingenious lyrics, relentless energy and an artistic vision of world wide proportions.

Opening with ‘So Fly’, the smash combination with Beenie Man and closing with the brand new track, ‘Promise’, Ce’Cile packs the album with both sexy and smarts, showcasing the totality of one of Jamaica’s leading female vocalists. In between, ‘Worth It’ offers a diverse musical mix of roots vibes on ‘Don’t Go’ and ‘Kinda Lovin’, catchy pop grooves on ‘Talk Talk’, ‘Hot Like That’ featuring Trina and ‘Ride or Die’, recorded on the Journeys Riddim. (‘Ride Or Die’ is also the latest single off the album to climb the reggae and urban charts worldwide.)

Of course, Ce’Cile includes a masterful set for her core urban and dancehall fans. ‘Burning Up’ and ‘Dance’, featuring Jamaican dance trendsetter, Ding Dong, capture the energetic spirit of current dancehall while the lover’s anthem ‘Waiting’ (a top ten hit around the world), ‘Fakin’ and ‘Bedroom’ combine both Ce’Cile’s female sensuality and dancehall credibility.

‘Worth It’ further separates itself from the rest with blazing crossover joints like the title track, ‘Worth It’, ‘No Disturb Sign’, a driving remix of ‘Waiting’ in which Ce’Cile is now joined by Shaggy, the bubbly ‘Hot Like We’, the R&B influenced ‘Promise’ and Scot Storch produced ‘So Fly’. Meticulously assembled, Ce’Cile successfully manages to negotiate her artistic versatility and personal desire to stay true to herself as a classy and confident female artist.

Ce’Cile’s creative track record on Worth It is matched only by a who’s who of production credit. In addition to Ce’Cile’s own productions (“Ride Or Die”, “Don’t Go”), co-producers Kirkle Dove, Baby G, Steelie & Cleevie, Cordell ‘Skatta’ Burrell, Arif Cooper and Hip Hop hit-maker, Scot Storch, among others, bring an unparalleled musical standard and reputation such that the album clearly speaks for itself. Indeed, this choice selection of tracks from one of Jamaica’s brightest stars is definitely ‘Worth It’.