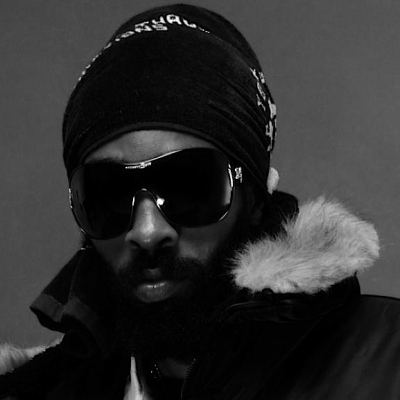 Dancehall heavyweight Spragga Benz has been delivering hits since the early ’90s. In 2012 he has been a busier than ever, with new music, movies and a US tour. itzcaribbean caught up with him a for a chat.

You are on tour at the moment. What have been the memorable moments so far?

Spragga Benz: Yes I am on tour of the US opening for Stephen Marley …sharing the stage with him and his son Jo-Mersa in Chicago was a remarkable energy and the audience was very hyped.

What can audiences expect from your live shows?

A different delivery than the recorded versions of the songs, and lots of interaction and thought provoking statements.

Would you say that you’re a perfectionist?

No I would not say I am a perfectionist, although I do love things being done perfectly correct and balance, I leave space for improvisation and allow stylish mistakes.

It’s been a great summer for Jamaica, with the 50th celebrations and Olympic success. Are you still feeing the Olympic spirit?
I am always in a national spirit with my people but I don’t celebrate an illusion of independence and I am not really a sports enthusiast, especially when I see it being used as a mass media distraction on vital issues that affects our well being and freedom. Nonetheless, I am happy for our athletes and their achievements on all stages.

You have collaborated with many different artists over the years, from Wyclef Jean and Foxy Brown to Carly Simon and Kelis… and now, most recently, Victoria Aitken on a song called Wasting Away

It is always my pleasure to collaborate with artistes of different genres, and when I heard the song that Victoria sent I immediately loved it and started putting my imagination to work in creating complementing lyrics, the end result being a work that I am proud to be associated with.

Do you listen to dance music ?

I don’t pay much attention to it, but I move to it in the clubs when I am out having a good time. It’s all the rage in dancehall now though, with even Sean Paul doing a few songs of that nature. Do you particularly enjoy collaborating with artists outside the reggae genre?

Yes, I like doing things outside of reggae.. I call my type of music URBAL which is Urban Alternative Dancehall.

Have you ever worked with opera singers or classical musicians?

I have collaborated with a classical opera singer by the name of Marie Claire on a remake of Bob Marley’s Rastaman Chant.

Do you have any dream collaborations with artists/producers that you would especially
like to work with in the future?

I would’ve loved to work with Mary J Blige.

The reggae music industry is evolving, with more collaborations with different genres and more bands from all round the world making reggae music, as well as artists like Snoop Lion coming onto the scene. How do you foresee the future of reggae music?

I hope it continues to spread, regardless of the attempts to stifle it in the media – not getting much or even no airplay. It is one of the few genres of music with social commentary and uplifting messages.

It has been just over ten years since your movie debut, and leading role in the film Shottas. Earlier this year, you finished a new movie with Jamaican-born director Cleon James, Green Card, with the next film on the way. Do you enjoy making movies? Are we going to be seeing more of ‘Spragga’ the actor in the future?

I do enjoy making films, and do hope that I get a few more good scripts in the future… I find it very challenging to bring across another character in a convincing manner.

Some actors famously don’t like to watch themselves on film; do you watch your movies? 🙂

DWL…(die with laughter) No I Don’t.. after making them and the initial premieres, that’s it for me…lol. It was the same with listening to my music as well.

You have recently made a documentary. What was the inspiration behind that?

My documentary is about my own experiences in real life situations that causes many others with visions like mine to fall along the wayside to catch 22 traps set by the system. My documentary is to encourage the downtrodden and inspire them to excel.

Obviously dancehall music is your first love, what are you working on at the moment?

Reggae/dancehall is my first love for real and I am working on dancehall singles, the latest being ‘She Love Me’ and ‘S.W.A.’

Of all your tracks, do you have a favourite?

Which other artists are you listening to at the moment?

I am listening to young dancehall artists Tajji Dinero, Chronixx, Briggy Benz, Amlak Jo-Mersa and others.

When was the last time you heard an artist/song that made you stop what you were doing, just listen, and think, this is ‘one to watch’?

Yes … When I heard Amlak ‘Jah Jah Its Your Love’.. and, Chronixx ‘Warrior’ I think Chronixx and Amlak will be big in a few.

What have you got in store for your fans in 2013? Anything you can let us in on?

For 2013, I want to release another hardcore Dancehall album, ‘Spragga Benz Mi Name’.

We look forward to hearing that! And finally, when are you coming to the UK? 😉

I hope to tour the UK and Europe soon, but nothing set as yet… need a serious promoter….

Spragga, thank you and we will be catching up again with you in the New Year.
Follow Spragga Benz on Twitter