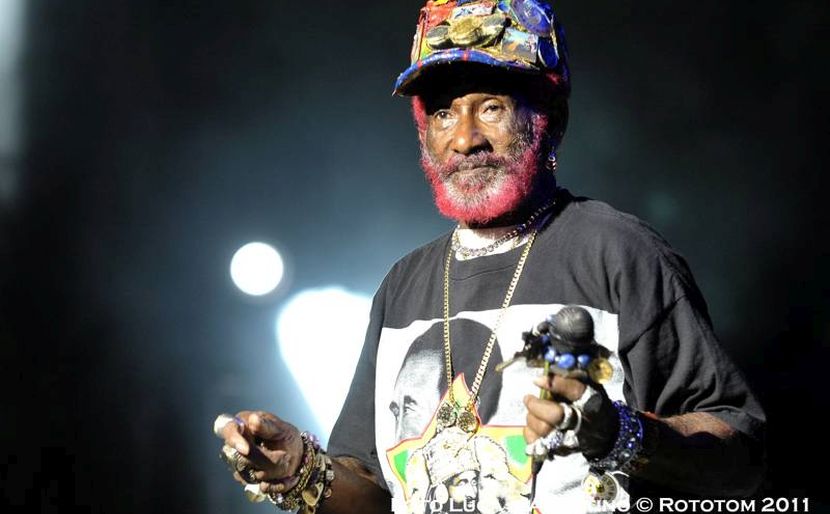 Lee “Scratch” Perry and the guitarist of the Wailers, Junior Marvin will bring the purest sounds of Reggae to the festival’s Main Stage

The Main Stage at Rototom Sunpslash will be decked out to receive two of the biggest names in Jamaican reggae. On the one hand the legendary Lee “Scratch” Perry will be onstage on Friday, August 21, showing us, once again, why he has earned a golden spot in the Olympus of Jamaican stars. On the other hand, on Saturday, August 15 the Jamaican guitarist Junior Marvin, member of the great Wailers, will participate in a special tribute concert organised by Rototom Sunsplash to pay homage to the Jamaican icon, celebrating the 70th anniversary of his birth.

Winner of a Grammy award in 2004, Lee Perry is considered to be one of the fathers of the classic reggae and dub sounds, his incredible creativity, often taking things to the limit, he has many different manifestations with eccentric and extreme attitudes, like for example when he decided to destroy his legendary Black Ark Studios, where he generated a unique sound during the 70’s.

Active since the time of ska, “Scratch” has collaborated with nearly every big artist of his era, like Bob Marley’s Wailers, Bunny Wailer and Peter Tosh, together with his work with the Heptones, Congos, Junior Murvin and Max Romeo. His return last year with the album “Back at the controls” was rewarded with a nomination to the Grammys of reggae. The lineup for Main Stage also includes the Jamaican guitarist Junior Marvin, member of the great Wailers. Friday, August 15, is the date selected for his special show dedicated to Bob Marley, with which he wants to join with Rototom Sunsplash in paying to the Jamaican icon, to celebrate the 70th anniversary of his birth. This tribute will also include a special Spanish concert “Cantando a Marley” (Singing to Marley) in which, on Thursday, August 20, Spanish artists like Mala Rodríguez, Amparo Sánchez, Sr. Wilson, Roberto Sánchez, Payoh Soul Rebel and Salda Dago.

The Brits Macka B and Aswad, together with the impressive “3 the hard way”, with Josey Wales, Charlie Chaplin and Brigadier Jerry complete the new list of confirmations for Main Stage.

Offer ends this Sunday, June 7 you can buy tickets to enjoy the eight days of music, talks and activities for the special price of €180.