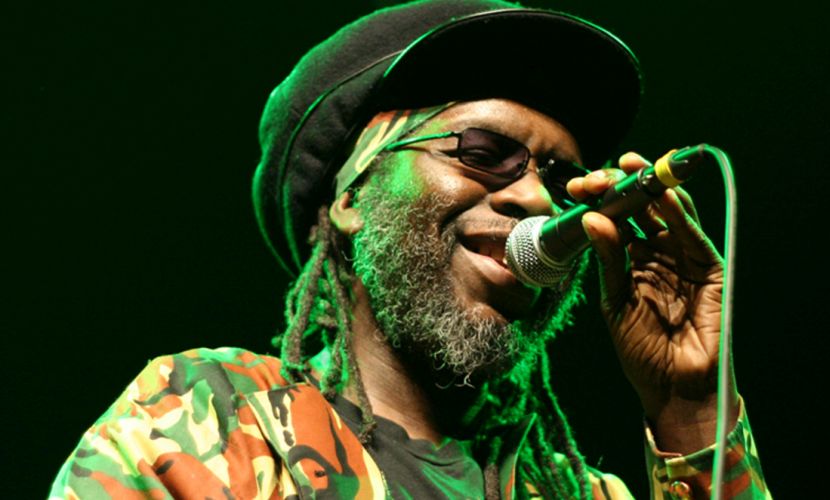 Macka B and Aswad performing at this year’s Rototom Festival

Holding its own the UK will be represented by Macka B, one of the most representatives figures of roots raga in the UK from the last thirty years, as are Aswad, known as the “lions of Notting Hill”.

Influenced by the “fast chat style” of the deejays at Saxon Sound, Macka B (Friday 21) he has elaborated a personal style that represents the UK’s answer to the “conscious” movement of Jamaican deejays like Tony Rebel for example. Trained in sound systems, his most important experience was with Jah Wasifa. His first single “Biblee reader” was published by the mythical Fashion records in 1985, while his debut album released the following year, ‘Sign of the times’, helped bring him into an important collaboration with the Mad Professor, turning it into one of the most important “made in UK” works that year.

In the 90’s in Ariwa he produced and abundance of material, such as “Natural suntan”, from 1990, which contains the beautiful “Proud of Mandela”. In 1991 he did two duets with Tony Rebel under the prestigious Penthouse Records label with “DJ unity”. He was also the first Jamaican artist to perform in, Croatia, Slovenia, Serbia and other countries in Eastern Europe. Aswad, a fundamental part of the legend of English roots scene return to Rototom Sunsplash. With their sound that embodies resistance, clearly influenced by the Wailers in the beginning, Aswad broadened their musical scope creating their classic roots material in master pieces like “New Chapter” and “Showcase”, reaching their peak with the anthem “Warrior Change”, include in the soundtrack of “Bablyon”, the film starring Brinsley Forde.

In the 80’s and 90’s the music of Aswad was updated, spicing itself up with elements of Dancehall and Soul, while for the most part maintaining the force of their origins. They will perform on Friday, 21 August.

Legends of Reggae is Coming Home