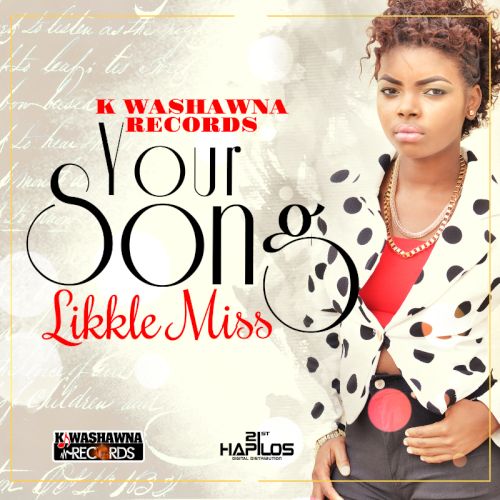 Recently signed to Kwashawna Records, the young songstress Likkle Miss has been hard at work in studio delivering musical gifts with her powerful soulful voice.

Distributed by digital giants 21st Hapilos Digital, Likkle Miss latest hit bound single “Your Song” on the progress riddim is available to all on all major online stores such as iTunes.

Only 14 years old she is a power house, a musical force to be reckoned and is no stranger to the music industry with previously release tracks such as “party til we die” along side Vybz Kartel and “so we dweet” on the Liberty Riddim. Hailing from the second city of Montego Bay, Likkle Miss who was signed to Kwashawna Records in May, will also be featured on the record label’s upcoming project “pink eye riddim” which is also set to be release mid September and features a category of top acts such as billboard dancehall superstar Vybz kartel, Macka Diamond, Mr Vegas,Demarco just to name a few.