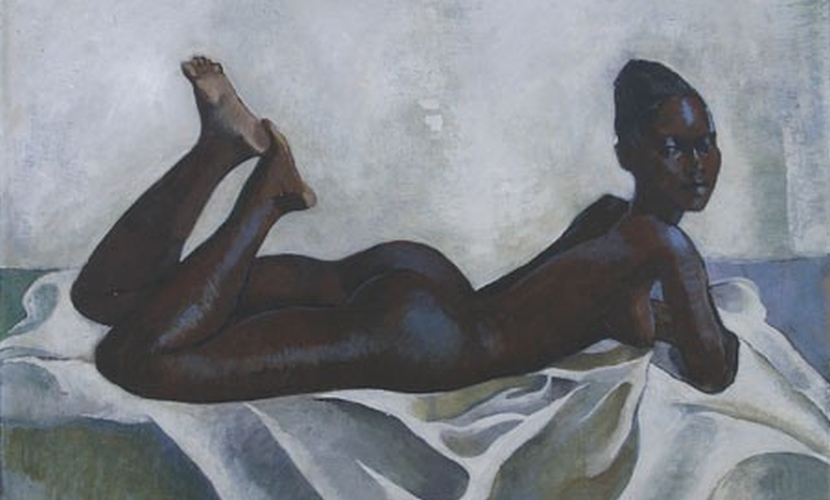 Boscoe is no stranger to the UK arts and cultural scene with exhibitions in 2003 and 2004 at the Campbell’s Gallery, as well as shows at the Commonwealth Institute, Castle Museum, Trafford Gallery, Redfern Gallery, and Leicester Gallery. In 1981 the president of Trinidad and Tobago presented Prince Charles and Lady Diana a Boscoe Holder painting as a gift from the republic.

Boscoe was the founder and life member of the Trinidad and Tobago Art Society and although he is also well known for dance and theatre, but his golden years were devoted to painting. The honours heaped upon him were bountiful and prestigious and includes national awards in his native Trinidad and Tobago, Venezuela, and France. He was also conferred an Honorary Doctor of Letters (DLitt) by the University of the West Indies in 2003. In 2004 the Government of Trinidad and Tobago issued an exclusive series of postage stamps featuring six of his paintings.

Boscoe Holder became famous in Britain during the fifties and sixties with his troupe Boscoe Holder and his Caribbean Dancers. They performed regularly on TV and radio, in variety, films and the West End. They starred in London nightclubs such as Churchills and the Pigalle as well as the Players Theatre and the Royal Albert Hall.

From 1959-1963 he produced and costumed his own floorshow at the Mayfair Hotel and in 1966 opened his own club, The Hay Hill in Mayfair. He also danced in several films including Sapphire (1959) and The Mercenaries (1965) and made guest appearances in series such as The Saint and Danger Man.

From 9th – 21st November 2007 works of the late Boscoe Holder (1921-2007) will be on display at Campbell’s Art Gallery. The collection entitled ‘Bal Creole’ is a group of 30 plus paintings of the great Caribbean Portrait painter. The collection celebrates the human form emphasising the mix (Creole) racial diversity typical of the Caribbean. Campbell’s prides itself at being one of the few galleries to showcase the echelon of Afro-Caribbean modern and contemporary artwork here in London.

The private viewing on 8 November 2007 will commemorate the life and works of this great Caribbean painter. This special evening will be patronised by The High Commissioner for Trinidad and Tobago in London, Her Excellency Glenda Morean- Phillips.

The Exhibition will be held from 8 – 21 November at the Campbell’s gallery located at 33 Thurloe Place, South Kensington. For more information, please call 020 7584 9268.