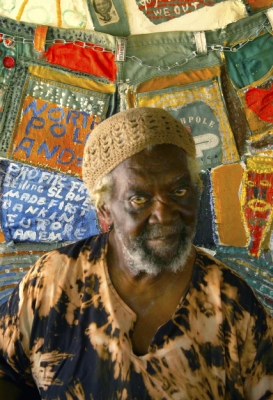 Born October 12, 1921, Moore, a self taught artist, his career took him from the countryside of Guyana to Princeton University. As well as pursuing his own art, Moore taught at the Burrowes School of Art and the Princeton University in the USA as a guest professor.

His best known work is the towering bronze 1763 Monument, portraying Cuffy, leader of the 1763 Berbice Slave revolt which stands in Georgetown’s Square of the Revolution.

Shortly before he passed, Moore was honoured in the national awards with the Cacique Crown of Honour, the second-highest award for service to Guyana, limited to 100 living Guyanese.