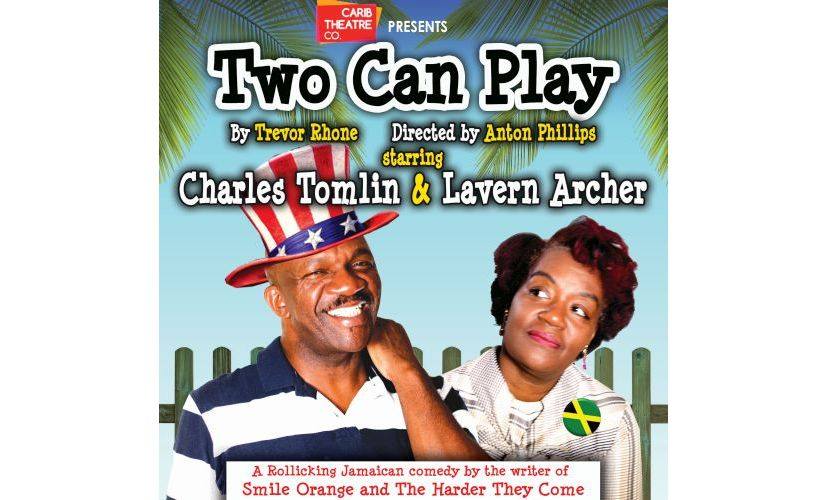 Trevor Rhone’s Two Can Play at the Broadway Theatre

Charles Tomlin and Laverne Archer star in this brilliant comedy by Jamaican writer Trevor Rhone. Two Can Play has people laughing in Jamaica Canada and the USA and now London has it’s chance.

The year is 1976, Jamaica rocks to the sound of gunfire as politicians battle to win the election. In the middle of it all, Jim and Gloria decide that life in America is better than dodging bullets at home. But, how to get the US visa? ‘General’ Jim has all the ideas but none of them work. Also how to get the US Dollars out of the country? ‘General’ Jim has some more ideas which will never work.

Can Gloria, a woman! have the answers?

Book your tickets for Two Can Play at the Broadway Studio Theatre, London.