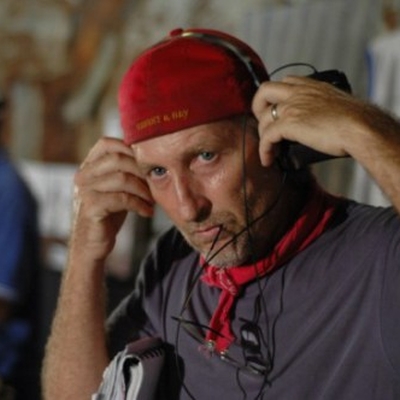 Writer, producer and director, Chris Browne utilized his time, money and talents to write, produce and direct his own short films in Jamaica. Ghetta Life being his most recent.

From childhood, I was fascinated by Hollywood and films. I figured you had to grow up there to do films. So, I put that out of my mind as I was worlds away and decided to be a painter. I studied art at school and excelled and then went to the Atlanta College of Art to do Fine Art. But I felt limited with one picture, I wanted to tell more.

One summer holiday in 1982 I worked with Perry Henzell (The Harder They Come 1972) on his second Jamaican feature film No Place Like Home and realized that this was the medium I wanted to work in. I switched to Film and went to Columbia College in Chicago.

I came home to work on films, mostly Hollywood pictures being shot in Jamaica, but in between I did my short films which I sent to festivals. I finally go my break with Third World Cop (1999) through producer Carolyn Pfeiffer (Island Alive).

She had seen my short films and asked me to rewrite the script and if approved I’d get my chance to direct. It was a low budget film, shot in 21 days on mini dv blown up to 35mm. It was a runaway success, playing 4 months in Jamaica. It premiered at the Toronto Film Festival in 1999 and sold to 5 international countries.

This was my calling card, and template for Jamaican cinema. I set out to do it again. This time with my own theme for the script. I wrote Ghett’a Life which won best script at The Hartley-Merrill International Screenwriting Competition at the Cannes Film Festival in 2006. Even with my previous track record and an award winning script, finding a producer able to raise money for the film was tough, so I set out to do it myself. I shot a trailer in a day, edited in 2 weeks and put on a screening for Jamaican business men. In 6 months, the budget was raised. Now that the film is done, the journey is still continuing.

Browne has currently released his second feature ‘Ghett’a Life’ which was the Grand Prize Winner of The Hartley-Merrill International Screenwriting Competition at Cannes Film Festival 2006. Ghett’a Life was released on July 29, 2011 in Jamaica to great reviews and word of mouth from audiences and 2 months later is still playing in cinemas in Jamaica.

In 1996, besides winning the ‘John F. Kennedy Fellowship of the Americas’ in film, competing against South and Central America, Canada, and the Caribbean he also won the honor to produce and direct the pilot for the series ‘Uprising’ from Banyan, a film company based in Trinidad.Browne directed his first feature film, ‘Third World Cop’, in 1999 which he also co-wrote for Palm Pictures. It had its world premier in September at the 1999 Toronto Film Festival.

The film was released on October 6, 1999 in Jamaica by Palace Amusement. Third World Cop broke box office records in Jamaica, running for an unprecedented four months and made more money than The Phantom Menace and Titanic in the Caribbean – over 21 million Jamaican dollars. It was distributed internationally by Palm Pictures in Toronto, New York, Miami, and London and showed for two months at the Ritzi cinema in Brixton, London.)