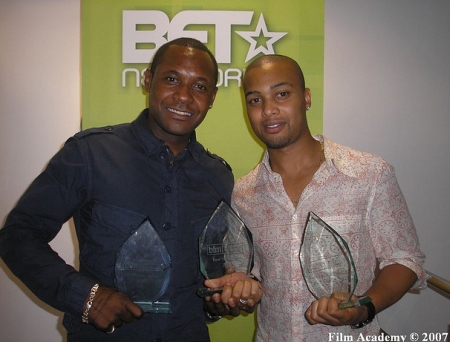 ‘Hard Time Bus’, a multi-layered relationship drama that centres on the misadventures of a commitment-phobic everyman, won ‘Best Feature’ at the annual Hollywood Black Film Festival – dubbed ‘The Black Sundance’.

“This film is for Birmingham”, says Charles, “We were all born and bred here and we are proud to have our UK premiere at the Birmingham Black International Film Festival.”

After conquering Hollywood, the film receive its UK debut at BIFF – a ‘film festival with a difference, supporting music, live arts and education while providing platforms for practitioners and film makers to exhibit their creative talents.’ BIFF will open its doors for one week from the 27th October to 3rd November 2013. “We are all proud to bring home the glory after showing Hollywood that Birmingham has real talent. ” says Charles.

The film soundtrack features 1979 smash hit ‘Silly Games’ (by Britain’s ‘Queen of Lover’s Rock’ Janet Kay) and ‘Weigh A Ton’ and ‘No Pretence’ from talented soul singer/songwriter Louise Golbey – lauded by JazzFm and BBC as ‘one to watch’.

Dean Charles is an award-winning Director who in launched 2HOTFILMS a production company based in London UK. His short film ‘The Birthday Treat’ won Best Short Film at the BFM International Film Festival and the Audience Award Screen Test Birmingham. He followed up that success by being in the regional finals for a BAFTA short film competition with ‘Megaman’.

By popular demand, we are heading back to Birmingham, then to Leicester and Reading.

Join us for an exclusive screening + Q&A in each city