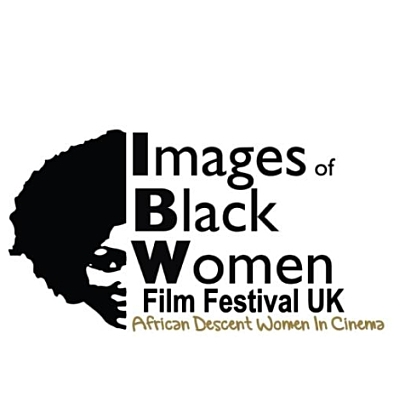 (IBW) Images of Black Women Film Festival taking place from 3 – 11 May at venues across London is very excited to celebrate black female filmmakers and the diversity of the Diaspora in Cinema.

In its 9th year, the festival serves as advocate for ‘cinematic justice’ for the black woman, too often absent, mute and stereotypically represented on the big screen. IBW considers it paramount to offer a platform that stimulates change, promotes and encourages individual and collective initiative in filmmaking and audience experience.

Some highlights this year include;

Black Hands: The Trial of the Arsonist Slave
Free Event – 20 April – 6:30pm to 9:30pm @ Birkbeck, University of London WC1 E 7HX
This documenatry investigates slavery in Canada through the story of Marie-Joséphe Angélique, a Black slave accused of burning Montreal in 1734. After an epic trial, this untameable slave is tortured and sentenced to death. But was she really guilty of this crime or was she the victim of a bigger conspiracy ? Why this voluntary amnesia about this unknown page of Canadian history? Followed by Q&A’s

This screening is part of the ‘Queen Nzingha Film Series’, which is a Black History Walks production working in partnership with IBW Film Festival to present this fascinating film that powerfully mixes interviews with historians and theatre re-enactments.

Women Juries at FESPACO 2013
For the first time in the history of the festival, the 23rd FESPACO, invited 5 women filmmakers to be the Presidents of the 5 main juries. The Director, Euzhan Palcy who has made films in Africa in her distinguished career, headed the Grand Jury for the Etalon de Yennenga – the Stallion of Princess Yennenga – the trophy awarded for the best feature each year. This year, that prize went to Senegalese, Alain Gomis for his film TEY (Today). A number of women were among the main prize winners including Mariette Monpierre who took the Diaspora prize for her film ELZA. Burkinabe Madame Alimata Salambere was the 2013 Guest of Honour.

Euzhan Palcy features at IBW 2013 with Yennenga,7th May Mariette Monpierre’s film ELZA is showing at IBW 2013, 6th May

Children’s Workshop
Sat 4th May -11pm to 1pm @ Tricycle
There will be 3 workshops during the festival and one of then is ‘L’atelier des p’tits artistes’ a fun workshopfor 5 to 11 year old. Children attending the Images of Black Women Film Festival will be introduced to the French language and the Creole culture.

Other Workshops: Re-thinking the Film Industry: a film professional will give a talk on alternative filmmaking practices.

Platform for Creativity: a forum for discussion as well as a networking event that introduces a panel of women working in various field of the film industry. This is a great opportunity to be amongst film and creative professionals & put your questions directly to them.

Shay Cozier (Painting) A prolific artist who in her mid thirties suffered a stroke. Shay expresses her gratitude for a second chance at life through her art; with the help of her gift of painting and support from her friends and family, Shay made a successful recovery. www.shaycozier.com

Hannah Uzor (Painting) Hannah was born in central Africa, Zambia to parents who noticed her artistic gift when only three years old and encouraged her in her artistic gift. Her African heritage is visible in her .works through the use of vibrant earthy colours as she fuses traditional and contemporary themes also reflective of Western culture since moving to the UK.

Fiona Compton (Photography) Born on the island of St.Lucia, from a young age Fiona was seduced by the vibrancy and colour of her Caribbean surroundings. Throughout her studies and her career, her Caribbean heritage has resonated in her portfolio. Her aim is to make people feel warmth and happiness when viewing her photographs. Fiona’s love of the camera has also transferred into video production.

Frederique Rapier (Photography) An entirely self-taught portrait, lifestyle, editorial and event photographer with a strong photojournalistic approach to capturing people and events in their most natural state. Her multicultural upbringing in Europe and the Caribbean continues to inspire the core of her work. www.frederiquerapier.com