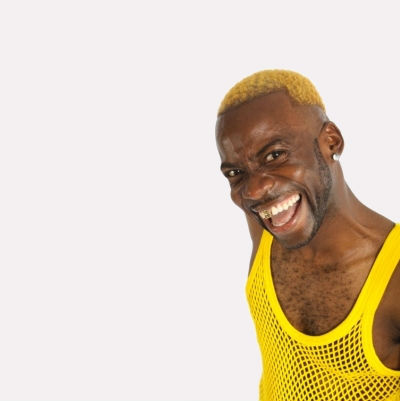 Talking to Ricky Rowe actor and writer of theatre production ‘Dutty Money’ and ‘Four Bulla an a Patty’ and creative talent behind Yaadyboy Entertainment.

Your Shows ‘Dutty Money’ and ‘Four Bulla an a Patty’ have been running for a few years now, what do you think is the reason for their success?

The reason I think that ‘Four Bulla an a Patty’ and ‘Dutty Money’ are so successful is because there is a demand for good clean family entertainment, over the years the quality of the productions witch have been available to the public have fallen considerably and because of that most people have been reluctant to visit the theatre.

‘Dutty Money’ is showing again this December, who should go and see this production?

Everyone can go and see it, it’s a show for the entire family,

You have been working with fellow actors Charles Tomlin, Olive Miller and Lovena Brown how has that been and will you be doing more projects together?

Working with my fellow cast members as been a wonderful experience over the years, and we have formed a and a friendship that helps us not just work together but enables us to talk to each other, I definitely want to keep on working with them, but as well am very keen on introducing new talent to the industry witch I have been doing, as there are many talented young people out there who are just dying for the opportunity to perform.

Do you go to the theatre a lot and have you seen anything good recently?

I don’t go to the theatre as often as I would like to, as I tend to get very caught up in my own work.

You write and act, what would you say is your first love and why?

My first love would definitely have to be acting, reason being I love to to perform, I love to make people laugh.

When did you decide you wanted to start writing and who or what was your inspiration?

I first decided I wanted to write in 1998 after doing my first film Third World Cop in Jamaica. I realized that I had alot of idea’s in my head but didn’t know how to formulate them into a script. So I went to the lady who wrote and directed ‘Third World Cop’ her name was Susan Fenn and asked her if she could teach me, she showed me, and I went on to write my first film called ‘Virgin War’ which I then sold to a film company in France.

What have been the highlights of your career so far?

Highlight of my career I would have to say my first movie Third World Cop, because this was what started everything for me.

Would you like to direct films in the future?

I would definitely love to direct films in the future

Tell us more about Yaadyboy Entertainment?

Yaadyboy Entertainment is a production company I started in 2007. I had had experience working for the Blue Mountain Theater company, and I decided that I wanted to create something where I could have full control over my creative process and that was when Yaadyboy Entertainment was born, Yaadyboy for me simply means young and fresh, witch is what the industry needs right now.

What’s next for Ricky Rowe

There are a lot of things I want to do in the future, television is a huge part of this, I’m presently developing a television series as I think that there are not enough black sitcom’s on TV, am also working on a film entitled ‘Legalize It’ and also continuing to do theatre – as I love being on stage! I also want to take my shows out of England to the US, right now the sky is the limit so I will just do what ever comes to me.

She Want A Man