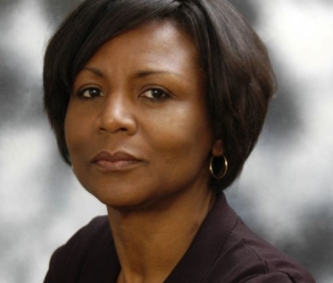 For 2010 Lorna is developing the Heritage Lottery Funded project ‘Hanging Out’ about youth culture of the 1950s and 60s.

Born in Jamaica but raised in Nottingham (UK), Lorna has over 30 years experience at Executive level in the retail and fashion industries, print journalism, producing cultural events, visual and performing arts. Consistently achieving the highest standards, her professional career has spanned a variety of disciplines.

Graduated from Trent University, Nottingham with BA Honours in Fashion & Textiles, Lorna and her husband lived and worked in the Middle East (1976-1979). As co-owner of a retail gift store, she personally sourced goods from India, Cyprus, Dubai, Hong Kong, New York and London. Returning to London she became Head of Fashion during the 1980s for Davies & Fields, one of Britain’s largest dress manufacturing companies.

Lorna’s diverse range of skills and professionalism was evident when she launch her own retail/ beauty outlets, Lapaz Shops, in Notting Hill Gate and Camden which she owned for nine years 1986-1995

Lorna was the Events Manager for the Jamaica Basic School Foundation’s 2000 Event in Battersea Park, with over 7,000 people and for their 2001 Gala Charity Ball in honour of Courtney Walsh, O.J., held at the London Hilton Metropol Hotel. In 2002 Lorna was the Executive Producer for the first Black Film & Television Awards held at Grosvernor House, Park Lane.

Since forming Tuareg Productions in 2003 and Full Spectrum Productions in 2004, her focus has been on researching, writing, directing and producing innovative educational dramas, documentaries and cultural events. These projects were based on oral histories from Caribbean people and other communities, and the impact of their migration into Britain after the Second World War. Supported by the Heritage Lottery Fund, Lorna has worked in partnership with the Victoria & Albert Museum, British Museum, Museum of London and Theatre Royal Nottingham under her own project brand ‘Living Under One Roof’.

In 2007, she held a successful photographic video exhibition of ‘The Ones We Left Behind’ at Swiss Cottage Galleries, Camden. In 2008 she worked with Hackney Museum of Culture on the Exhibition ‘Living Under One Roof Memories from Hackney’s Windrush Generation’ which attracted over 14,000 visitors. An educational pack was launched at the House of Lords.

Lorna continues to be productive. The ‘Living Under One Roof’ exhibition and documentary was selected for the Bamako Encounters, African Photography Biennia – November to December 2009.

For 2010 Lorna is developing the Heritage Lottery Funded project ‘Hanging Out’ about youth culture of the 1950s and 60s.

Educational packs with supporting DVD’s are availble. All productions are available for commissioning. For more information please contact Lorna at Tuareg Productions.